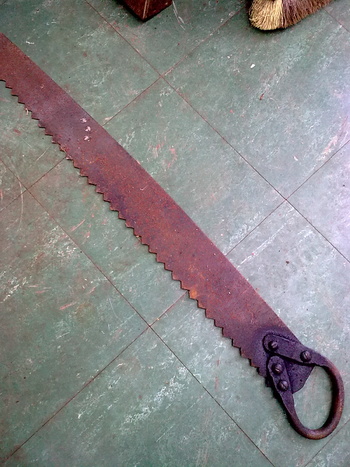 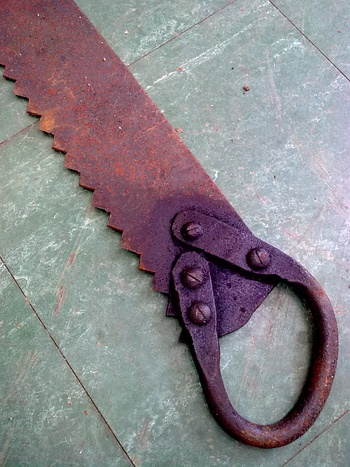 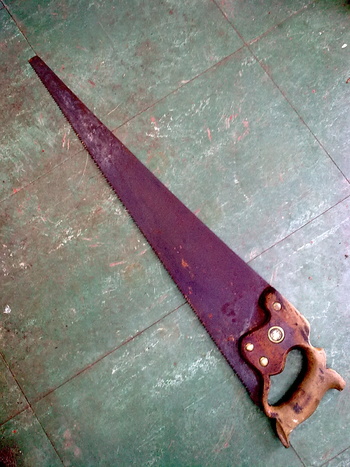 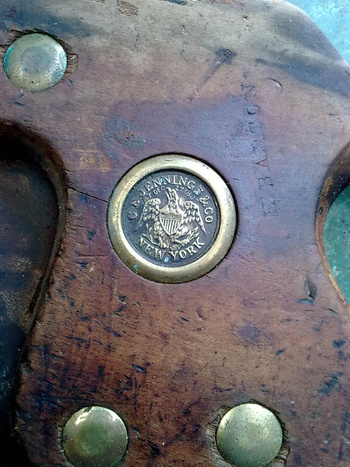 I thought these two saws had an interesting history. In the first case someone has gone to a lot of trouble to make this saw from scratch, cutting and sharpening the teeth and bending a handle which is held on by four bolts. Was the user very poor or just living in a very isolated location too far from a hardware shop.
The second saw was made by Jennings of New York. I like this saw because of the vast amount of work it must have done over a long period of time to reduce it to its present measurements. The tip of the saw is now barely 1 inch and in fact there is a bend in the blade where it buckled, probably the last time it was used. Very often the blades of saws in this state were cut up to be used as scrapers. How many filings and sharpenings would it take to reduce a blade to this size? 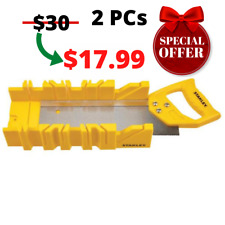 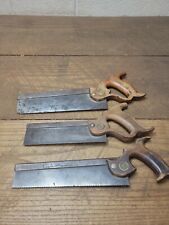 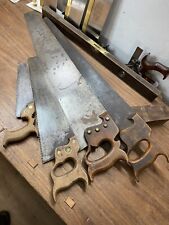