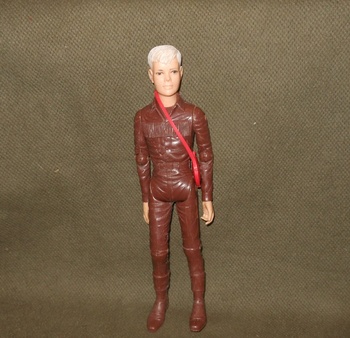 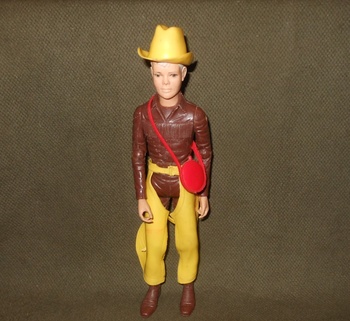 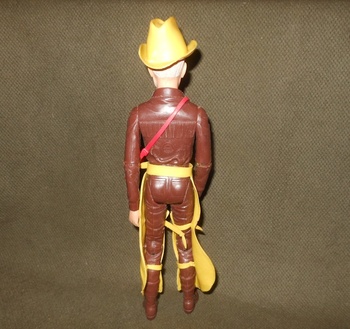 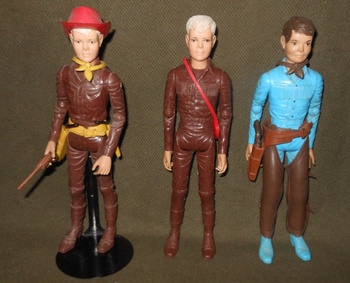 One of the aspects of toy collecting is collecting all the variations. This Jay West is one of those variations. The usual Jay West was issued with the torso with a western snap shirt also called a pocket shirt. Jamie West came with the fringe shirt referring to fringe that goes across the chest and back. I think that was a sort of 1950s and earlier western fashion. Normally Jamie West came with the fringe shirt and in the JWA series he was molded in blue as Jay came in brown. In photo #4 Jay and Jamie are seen in their usual colors and bodies for this series. The earlier Jays and Jamies were molded in caramel. The caramel colored figures have become quite brittle over time but the brown and blue figures are much more durable,
JWA Jays also came with a combination of red and yellow accessories. This one still has his 10 gallon hat, chaps and canteen. The accessories go for about $10 per piece aside from the tether which is much more. Looks bit Tom Mix with these pieces so I probably will not display him thusly. Probably another gun slinger. Don't mess with the sons of Johnny West.