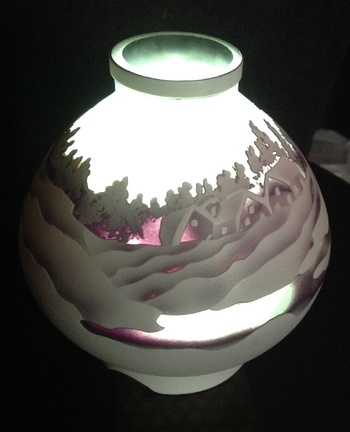 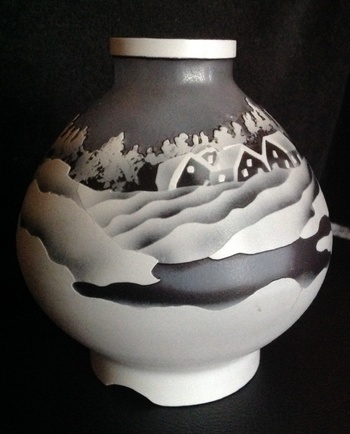 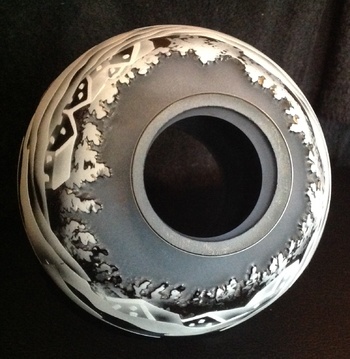 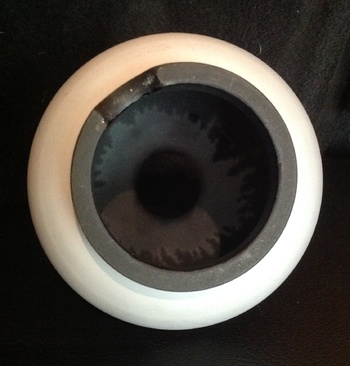 A Cameo glass shade. It looks like it's a light shade of some description with a cut away section on the base which could be for a cable. A pale ice blue ground, followed by purple, which looks black un-lit, with a final layer of white. Featuring an alpine scene, the seller thought it might be German.
I'd love to know who it is by, if anyone can say.

From reading up on cameo glass I believe it's sand blasted rather than acid etched but still not found out anything about it.