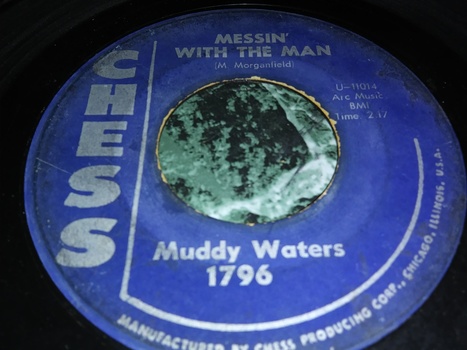 Mckinley Morganfield was born in 1915 on the old Stovell Plantation outside of Clarksdale,Mississippi. By the age of 17 he was all ready playing the guitar and harmonica. At this time he changes his name to Muddy Waters and heads to Chicago, where he becomes known as the father of the Chicago blues.
There are so many he has worked with and influenced, from The Rolling Stones to Willie Dixon.
He was such an influence that the U.S. Library Of Congress sent a person to Mississippi to record Waters before he even left for Chicago to have on file at the library.
This is his 1961 release, 'Messin' With The Man' on the famous Chess Lable.
Waters passed away in the suburb of Westmont outside of Chicago in 1983.