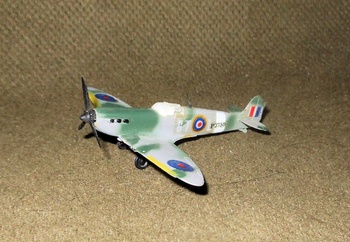 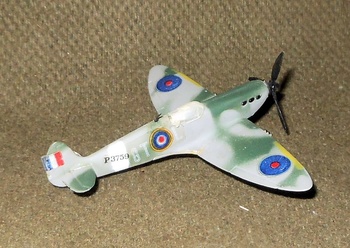 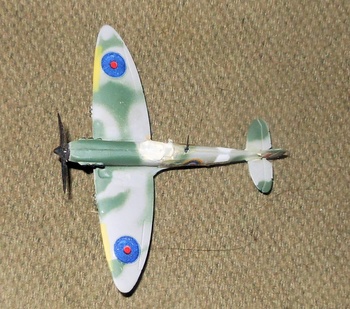 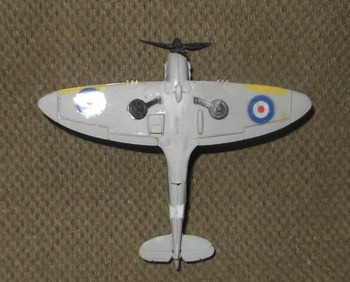 The legendary Spitfire. It is required by law that any article regarding the Spitfire start with "the legendary Spitfire". That having been done we can proceed with this. Oops almost forgot to mention the Battle of Britain.
The Spitfire is often said to be the best looking of the WWII fighter planes and it does have very nice lines. I think it is the elliptical wings and rounded lines. Must other planes were more angular.
Now as to this model it has the usual moveable landing gear and prop. Six machine guns are mounted into the wings although I believe eight .30 caliber machine guns were more common with the 3 bladed propeller models. Most of the examples I have seen at museums and air shows have 5 bladed props and four 20mm cannon. The cannons are a bit slow firing for taking on fighter planes so perhaps those were more for ground combat. Don't think there were many Luftwaffe bombers in the western front later in the war.
Next week I think I will post the JU-88 which is a really good model, bigger and much more detail so stay tuned.