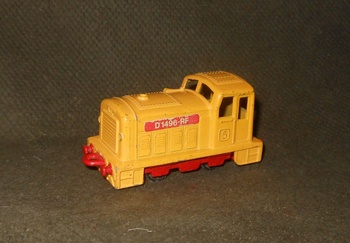 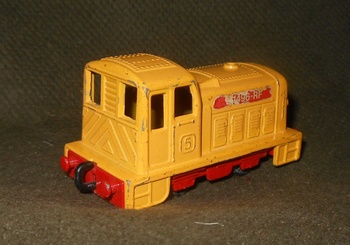 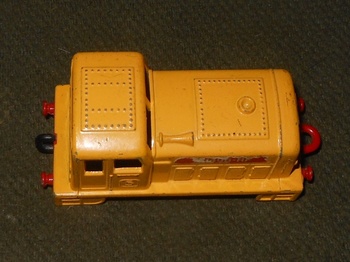 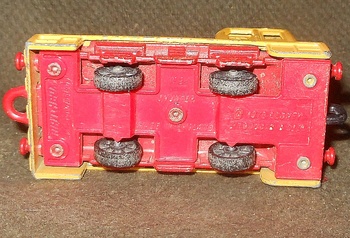 Something from today's Rose Bowl. The Matchbox selections were a bit thin but I did find this little $2 deal. Normally I don't collect Matchbox from this era but this was a good looking and interesting model.
This is called a Shunter which would be a small switch engine. Those bumpers are a British style so this is based on a British locomotive, listed as generic in my Matchbox source site. Looks similar to the American 44 tonners aside from the bumpers. The 44 tonners only require one crew member thus the limit to 44 tons. Plus one does not always need 75 ton locomotive. Most of the weight is the frame. Gives it traction.
This model is a Superfast model. Yes a racing locomotive but at least it is a decent color. In 1978 when it was first released it was metallic green. Thus this one is from 1972-1982.
Got a few other exciting items to post at the Rose Bowl today. Got some GI Joe, Boy Scout and Weapons Wednesday material so stay tuned!