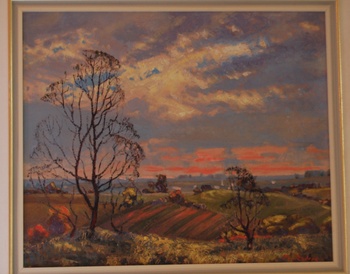 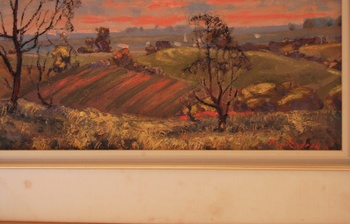 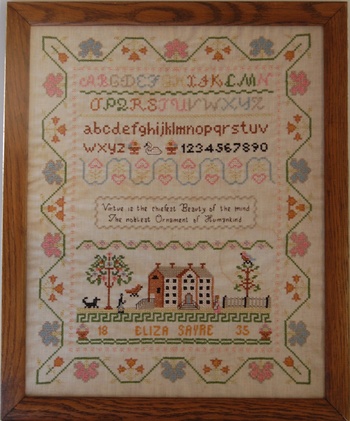 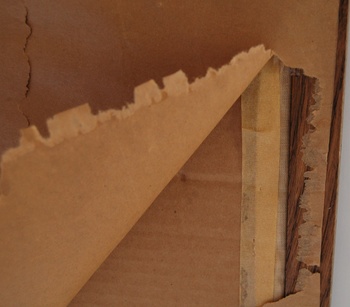 I have been trying to focus my picking and buying efforts on applying the “work smarter, not harder” philosophy. Being far from a high-roller as an antique dealer, I have to be pretty selective on how and what I buy. Often, this means aiming for somewhat low-hanging fruit, and picking up the scraps that store owners who spend thousands per month on auctions miss, or leave behind for bigger scores.

The area I excel most in is I have studied enough art history that, whereas I do not necessarily have a photographic memory for artist’s names, I tend to recognize them, and vaguely recall success rates of past sales I have done for companies I worked for. Beyond that, I am just really good at spotting what makes a good painting, what would make something more collectible because of its skill level and decorative qualities, despite often being by an otherwise unknown painter. That is my edge over other bidders, and in employing it, I also try to stay in my lane as a buyer. I will only pay far less in other areas of antiques I am only superficially familiar with. If I see something going much lower than I have an inkling it is probably worth, then I might start considering exceptions. In the back of my mind, I am always taking stock of how cool it looks to me, though. If it makes a great photo, I am more interested.

I prefer paintings because, with space being a limitation, I can store quite a few of them in the smallest of storage units, and hang the rest on my walls, bonus décor while waiting for them to sell. With prints, you really better do your research first, because so many are virtually worthless, unless they are signed in pencil by a well-listed artist. What I have learned is that, with an important enough artist, an in-plate signature could be good enough to more than double your money. Of course, everyone is going to be able to read a Picasso signature, so good luck with any of those! For the most part, I try to stay away from prints. I also rarely buy watercolors, unless, again, I can get them for next to nothing, or I did the research to figure out if that artist is specifically known for them, or their oils have spectacular sales and watercolor is a rare medium for them, and if they have auction results.

One complication I run into when I shop auctions is I have worked enough of them locally, I end up recognized by dealers and I can see how some of them will keep an eye on my bidding because they know my areas of knowledge. I try to make it as hard for them as possible to see me for as long as I can remain innocuous. I move around the room, stand behind them, whatever I can do, always making sure I am visible to the most important person – the auctioneer. A lot of dealers seem to really enjoy auctions for the social hour aspect of it. I will say hi and acknowledge a handful of people, but there is so much friendly competition, and so few people in this business have done me any favors. I never approach anyone I do not have to. This past week, I saw the buyer who purchased the Modigliani I shared on here about, and I avoided eye contact when I could tell he was trying to get me to recognize him. He is not my customer anymore, just someone who would bid against me. And he drives hours to attend this auction. Any auction I attempt to avoid local crowds at, he is likely to also be at, too, if there are any decent oil paintings, and my impression is he is likely a millionaire from a primary career. Investing in art is his retirement hobby. I try to not be the first bidder on anything, until it has gone around the room with no interest, and the auctioneer actually reduces the starting bid, then I jump in (and usually get outbid soon after).

Just in general, I have not made a habit of going frequently to auctions, although I constantly peruse their online photos. I always try to balance how many hours I am sitting there waiting for a handful of lots to come up with how much I am going to earn. Buyer’s premiums between 15 and 18% are also profit killers. Also, cannot forget that eBay fees are constantly inching up. The exact expense can be difficult to nail down and quantify, but by my most recent calculations, they are averaging between 15 and 20%, with some categories/values above 22%! Luckily, they finally have some viable competition, some of it even free, if you limit your sales to local buyers only. Leaving bids at auctions, from experience, I can say the auctioneer is probably going to start the bidding at your left bid. I have concluded that there are fewer great deals at auctions, than buying by other means. I will attend a few this summer, because, as the auctioneers like to say “The northern dealers have gone home.” And I will always be looking for lots in the first hour, try to get in, and get out, unnoticed, for the lowest overhead.

Lately, I have been driving much greater distances to look at garage sales, noticing that the best estate sales and garage sales seem to be in more remote areas where retirees tend to settle. One thing I am always on the lookout for is an appointment-only sale. Best case scenario is being the first one to see a collection. I arrived at a well-advertised estate sale in Tampa yesterday, twenty minutes early, and counted I was at least the fifteenth person in the back of the line. So, the subject of the two pieces photographed here is a classic example of my sweet spot for picking. I usually am guilty of not even bothering with a sale if there aren’t several good photos indicating worthwhile items. If a sale is only advertised on craigslist, though, that is ideal to me. That was the case with this expressionist landscape painting; it was a three story condo on the beach, where it was not even the homeowner hosting the by-appointment sale, it was a contractor the owner had evidently made arrangements with while they were probably returning to their primary residence. They had a lot of nice decorative stuff, but most of it had the appearance of value, was too oversize to efficiently ship, and just was not of interest to me. I went through the house a couple of times, and way in the farthest corner of an upstairs bedroom, I almost missed this piece. It was small enough, and esoteric enough, that I had a good feeling I could make a crazy offer. Keeping a poker face is so important, and I brought it downstairs, showed the contractor in the garage while he took a break from cutting plywood, shrugged and said, “What do you think, $25 fair for this?” There was no haggling whatsoever, he had no clue, and the owners obviously were not attached to anything. I should add, I also had no idea who the artist was. I could just tell it was by a trained hand, it was signed, and just had a good look to it.

My hunch paid off, it was by Canadian Expressionist Paul Rodrik (1915 - 1983). It was very heavy, so cost quite a bit to ship, and I lost a good bit of money there, but I sold the piece for somewhere around $275. I hate to drive a half hour or more only to buy one thing at a sale, so on the way home, I stopped at as many other garage sales and thrift stores as I could spot. I found one attached to a church, with one of those signs a realtor would stake in a yard for an open house, and 99% of what was in there was true thrift store junk. The one exception was the other photo here, an 1835 Needlepoint Sampler. I picked it up for $2, and sold it for $91. I had to sit on both pieces for a while, gradually reducing my starting bids, but I will take it, for a few hours of work.