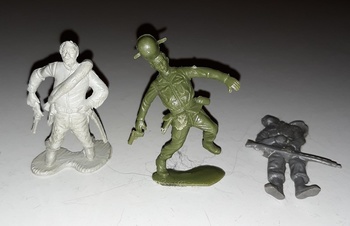 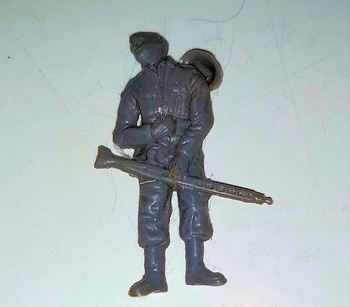 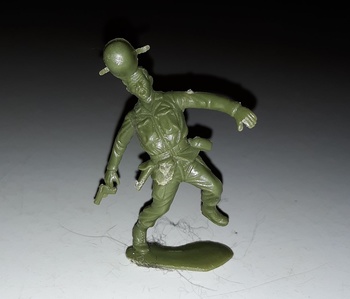 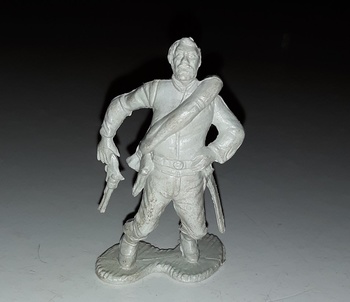 I picked these up at the Pasadena City College Swap Meet a month or two ago. My attempts with my old camera with figures like these were not all that successful. These came out a bit better I think. Anyway in the long ago it was standard to have soldiers (or cowboys etc) that had been shot, wounded or dead in every group of toy soldiers.
First up, not counting the photo of all three, is a dead WWII German Soldier with a machine gun, Looks like an MG 42. Looks like he got it in the belly.
Photo #3 is an American soldier of WWII vintage getting shot. Nice touches are that he is dropping his pistol and the helmet flying off. Also he only has one foot on the base.
Last is a Confederate soldier, probably an officer as he has a pistol and sword. He is also dropping his pistol and standing on one foot
Got more to post as always so stay tuned as always.