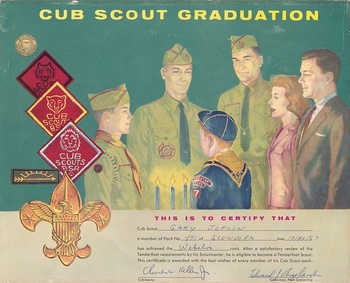 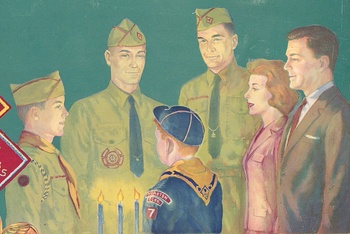 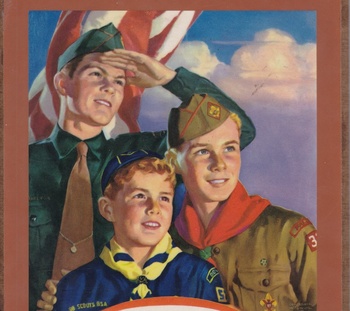 Picked this up at the last Rose Bowl along with some other Scout items from the same owner. It is a certificate of graduation from Cub Scouts. Kind of that is as he is graduating to Webelos which is still Cub Scouts. But apparently he will soon be a Tenderfoot. He did go on to become a Boy Scout. The certificate is dated 1967 so that settles that settles the question of when it is from.
In the artwork the Boy Scout has the Den Chief cord thus he is the Den Chief. Their are a pair of Scoutmasters along with a pair of proud parents. And a cake with candles. OK just some candles, my bad.
As a free bonus a scan of a Scout appreciation plaque I posted earlier. Had a fourth photo spot to fill and now it is filled.