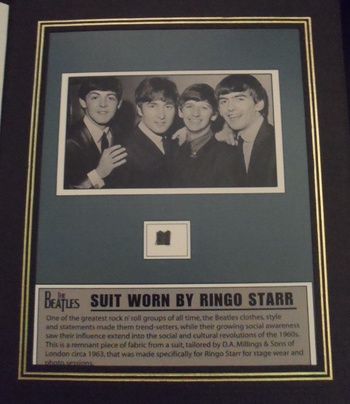 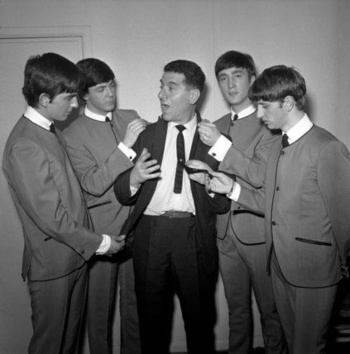 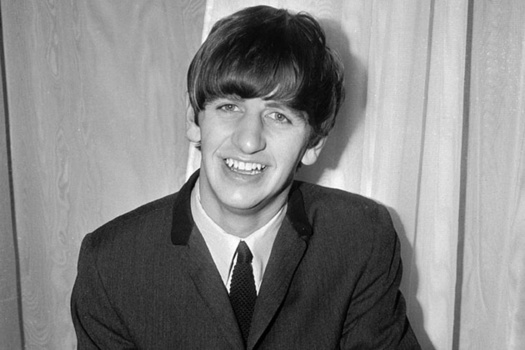 Here is an original piece of a suit that was made in 1963 for Beatles drummer,Ringo Starr. The suit was made by the Beatles tailor, Dougie Millings. He worked for the band from 1963 until the early 1970's when he made clothing for Paul McCartney & Wings. Millings made over 500 outfits for The Beatles. He also had a cameo in The Beatles first film,"A Hard Day's Night " in 1964. He died in 2001 at the age of 88.