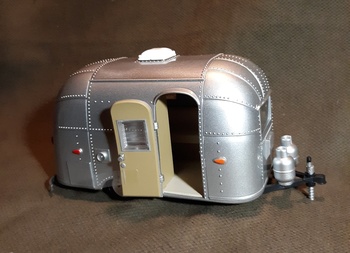 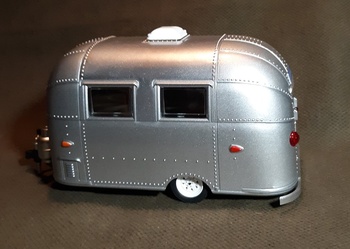 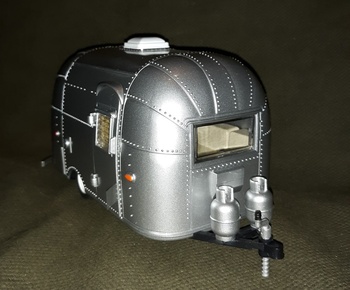 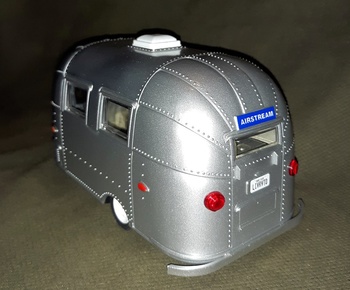 This is perhaps the ultimate in the Greenlight series of trailers. At 8" long it is much larger than the 1:64 version. The only way to beat this perhaps is to do the two axle version but then it would lose the cute factor.
Greenlight doesn't give a date on which this model was based but I did a bit of research and it seems it is early 60s. There were two types which are the California and the Ohio. The California has the toilet on the street side and the Ohio has it on the curb side. This is a California model.
I didn't get good photos of the interior but it has the usual details. I'll try again later for some interior photos. Unlike other travel trailers this one has the kitchen at the rear. Usually it is in the mid section on the street side which is left hand facing forward.
The exterior is very well detailed with running lights, brake lights, license plate and so on. In the front are a pair of propane tanks along with an adjustable trailer prop. Got to keep it level.
I think there is still a camper or two in this series. As usual plenty of other fine items coming up.