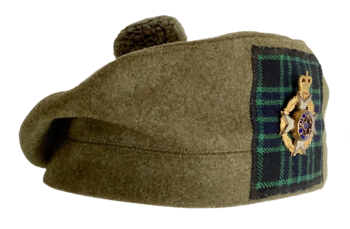 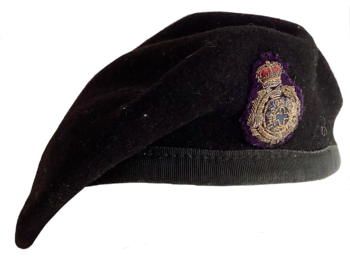 This set of headdress belonged to the same British Army Chaplain. It consists of three RAChD berets, his UN blue beret and a Chaplain’s badged Tam o’ Shanter, which he wore in Afghanistan on Operation Fingal in 2002. According to the House of Tartan, the patch is named (701) Clergy Green Tartan.