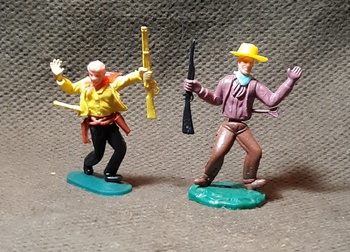 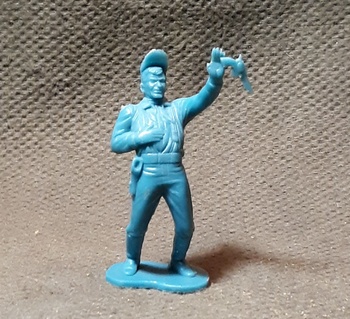 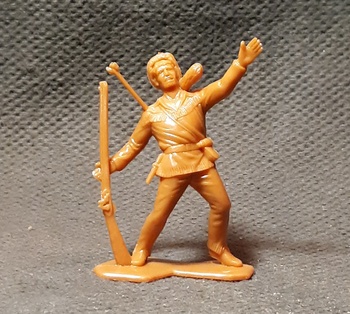 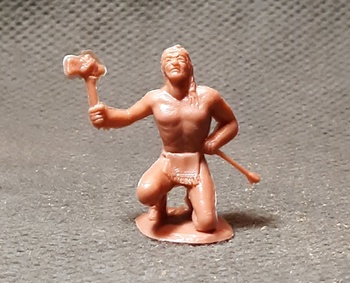 This time it is 4 out of 5 with arrow wounds. They stick out the side due to the molding process which is a 2 piece mold. These figures are 45-54mm scale most about 2" tall.
The first pair I have not been identified. The one with no hate came in a box with no name of the manufacturer. Probably from Hong Kong where many generic figures were made. Pretty good detail and he does have a hat but it is removable.
Next up as seen in a Vynil post the shot cavalry trooper. Made by Marx in the 1960s. Looks like he took a bullet.
#3 is a Boonesborough figure with an arrow in the shoulder. He was in many western sets and possibly some Alamo sets which also came with Indians. Got to get that piece count up. Comes with 300 pieces! Marx figure by the way.
Wrapping it up is an arrow wounded Indian. That may seem odd but the tribes often did not get along. Probably not what the sculptors are Marx were thinking though. Probably more like we need a wounded figure for this group.
Still have some Custer's Last Stand figures coming up.