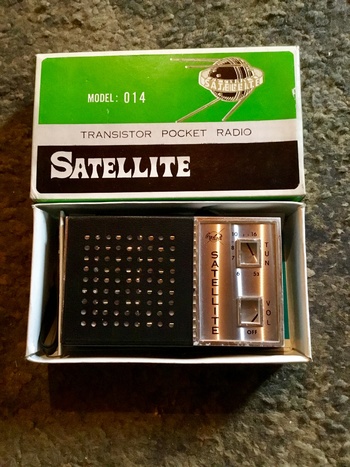 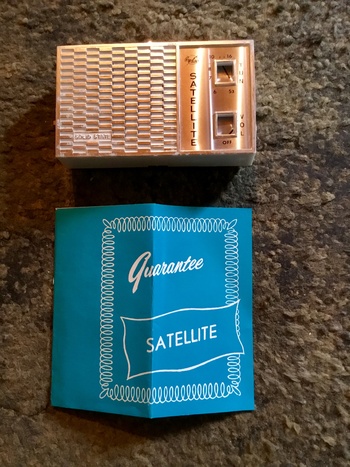 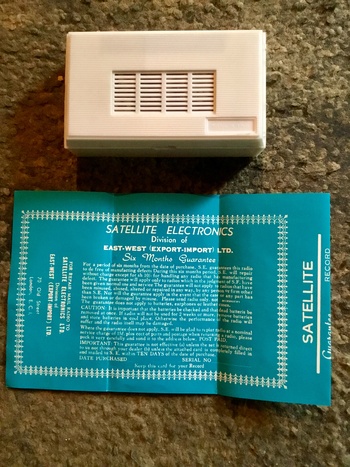 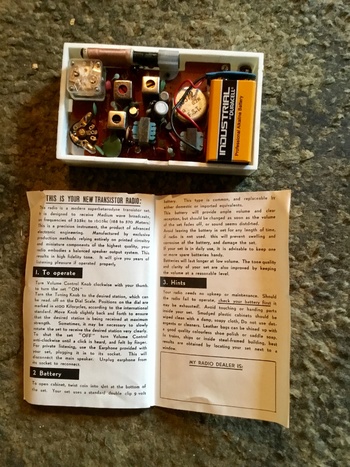 Satellite pocket radio transistor , medium wave band only , powered by pp9 9 volt battery. Late 50s , early 60s , named after all those communication satellites they were putting into orbit then , telstar was one I can remember put up in 1962 I think , there was a record bought out by a pop group. The record was called telstar used to here it on the jukebox in cafes in 1963.