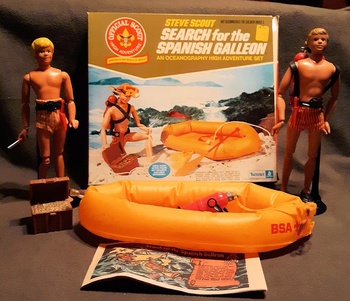 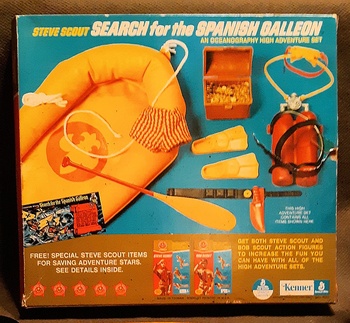 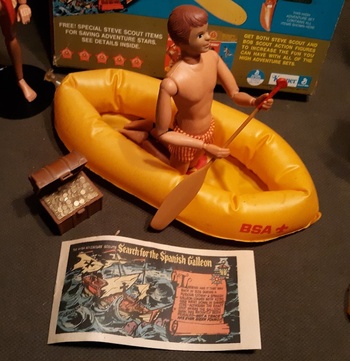 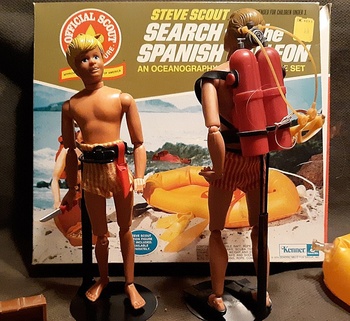 Steve Scout was a line of Boy Scout figures and accessories made by Kenner in 1974 and 1975. The line had the official approval of the Boy Scouts of America and they were allowed to use the logo/emblem. There were 5 figures and several accessory sets. This set is one of the hardest to find in a box and most desirable.
The set comes with everything seen in phot #2. Swim trunks, weight belt, knife and sheath, scuba tanks, raft, oar and chest of gold. Oops forgot about the comic. Figures not included. The scale is 1/6 the same as GI Joe. Also called the 12" scale as it is 12" for 6 feet. Steve Scout is only 9" tall as he is not an adult. Craig Cub is about 8" tall, he is holding the knife in photo #4.
The quality for this line is fairly high although some of the pieces less so. Value is going up on these as every attic has been cleaned out so the Joes and Johnny West are already found.
PS Bill Scout is the blond scout with scuba tanks and Steve Scout is paddling the raft in photo #3.