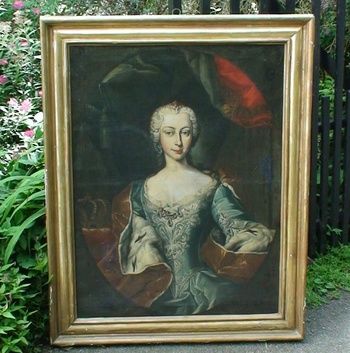 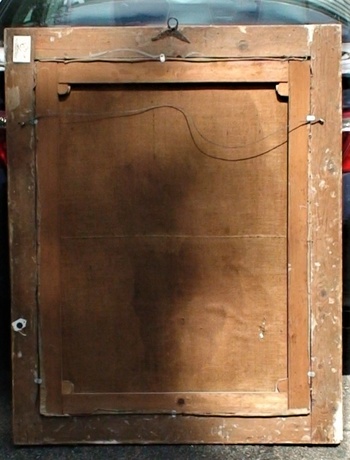 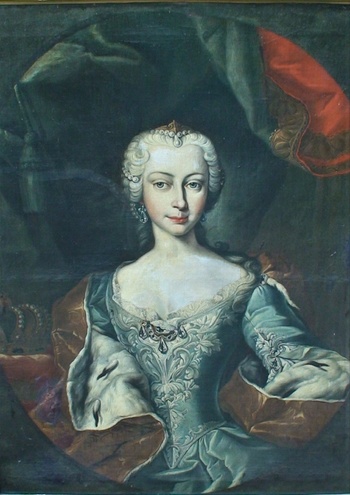 I purchased this rather large painting ( 58 3/4 H X 39" W) from the auction of a very wealthy eccentric local man who had a great collection of paintings in his large gallery. I did post this previously with very poor photos. It is framed in what appears to be a gold-leafed frame. It also appears to resemble a painting by Martin Van Meytens, Yr. I have been in a long process of moving and when I took the painting off of the wall and into the bright sunshine, I saw a notation of the back that states: "Attributed to Carle Vanloo" with a number inscribed. This is what I found on the internet about Vanloo:

As the most famous member of a family of painters, Carle Vanloo was acclaimed for his masterful ability to depict a range of subjects and styles. His talent for assimilating and invoking various styles is surely due to his numerous travels between Italy and France, and to his training with an Italian painter and a French sculptor.
When Vanloo's father died in 1712, his brother, a painter twenty-one years his senior, took charge of his education. The brothers moved to Rome in 1714, where Vanloo began his formal studies. Five years later, the brothers moved to Paris, where Vanloo gained practical skills assisting his brother on various commissions. While still a teenager, he won first prize for drawing at the Academie Royal and was awarded the Prix de Rome. Until 1733 he lived in Italy, where he achieved great recognition for painting illusionary ceiling frescoes with mythological subjects. Vanloo spent the remainder of his life in Paris, where he painted portraits of the royal family and produced works for their private apartments at Fontainebleau and Versailles. His most popular paintings-genre scenes depicting contemporary figures in Turkish dress- reflected the French fashion for exoticism. By the time of his death in 1765, Vanloo had received numerous prestigious appointments, such as Premier Painter to the King, Louis XV, and had been ennobled.

Now I am more puzzled than ever about this painting.