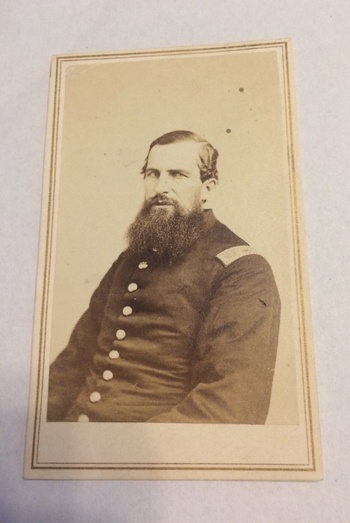 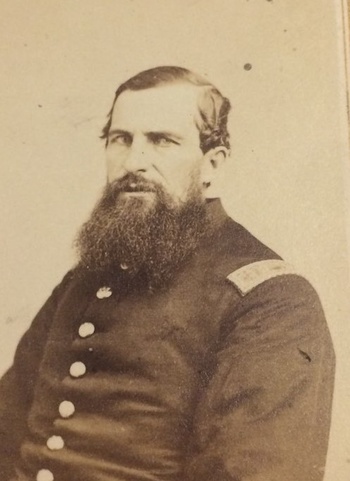 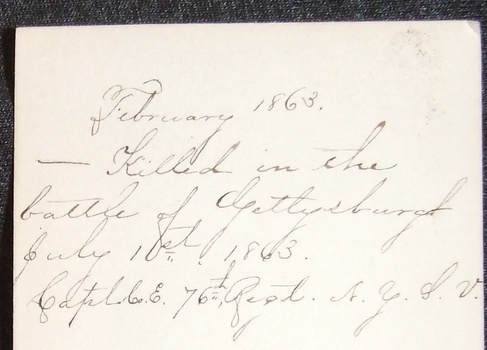 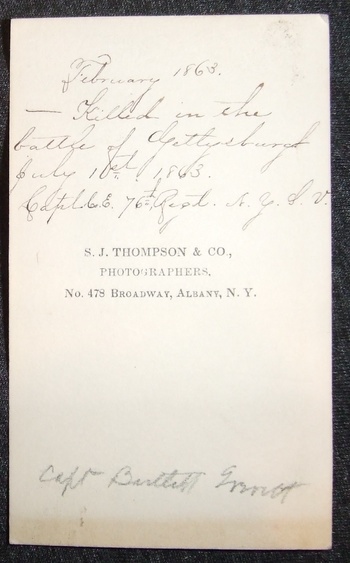 The front of this Civil War carte de visite shows what looks like a typical Civil War captain.

It was a little over a month later that Captain Everett found himself in the heavy fighting at Gettysburg.

As noted on the back of the cdv, Captain Everett was one of those casualties. While leading his company, he was killed instantly by a shot through the head. His body was recovered and shipped home where he received a heroes funeral in his hometown of Watervliet, NY.

Reproduction of these image in any form is prohibited.