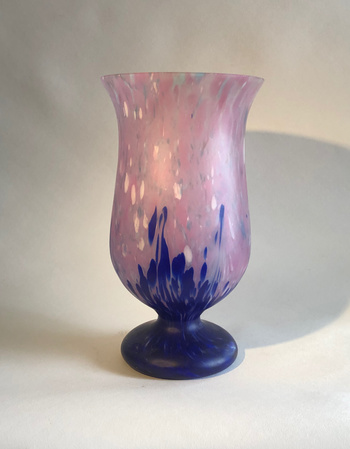 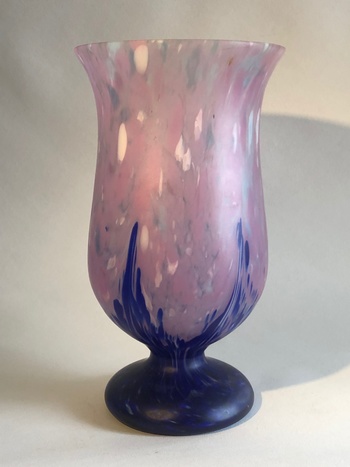 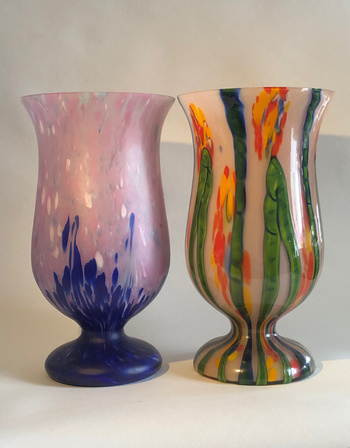 So this is an interesting one, and offered here as something debatable. I know this to be a Kralik shape and I've included a side-by-side example and therefore a Kralik vase. The décor will be the issue for debate, in that it has either rightly or wrongly been identified or believed to be Ruckl, hey, it could still be, but I think this décor on this shape points more obviously to Kralik. The design of the foot is slightly different, but I do not think that can be taken seriously as a 'therefore it isn't Kralik' argument, as this is largely affected by the process of the manufacture and the foot can vary to some small degree. What is clear is that the profile is almost identical and the actual rim diametre is identical to within 1mm. So is it Kralik or is it some other manufacturer using a albeit generic shape the Kralik also used?