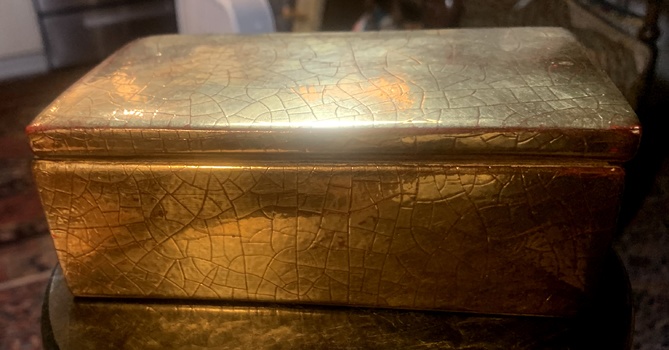 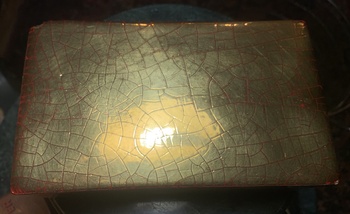 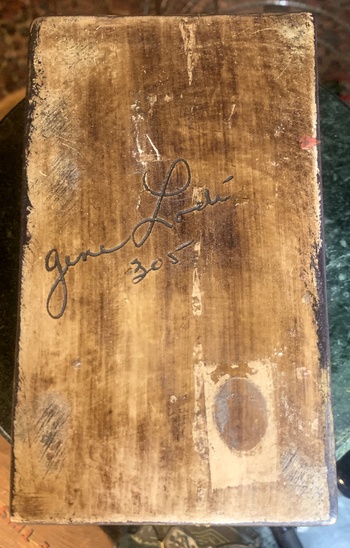 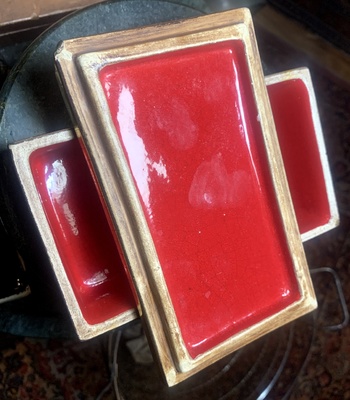 I found this ceramic box in Berkeley today. It's painted a very thick gold over bright red with a bright red interior. I think it's signed 'Gene Lodi 305'. does any of this look familiar to anyone? one corner is a little damaged.