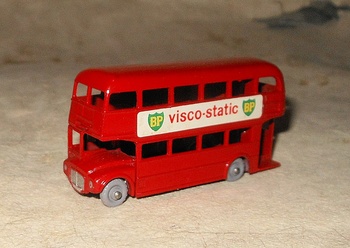 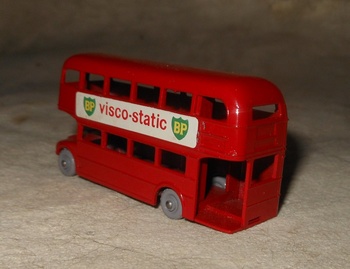 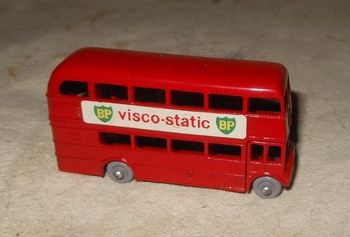 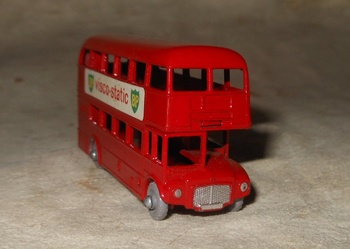 Another gray (grey) wheels model. These are the gray plastic fine thread wheels which were used from 1959-1962. This model was released in 1960 but had the Players Please cigarette stickers instead of the BP visco-static stickers. It was sold through 1964 but had black wheels in 1963-1964 so that narrows this one down to 1961-1962.
This is the iconic AEC Routemaster Bus also known as a London Buss as seen on music videos. Usually the ones that have an open top though. This is an improved version of the second MB-5 being the third of a series of four of the Routemaster London Buses. The fourth as an interior for the driver and passengers. This one is hollow inside as were most of the models from this era but slightly larger than its predecessors. Perhaps I will pick up the 2 previous versions for a side by side by side by side comparison. Plus another version of double decker bus for a fifth side..