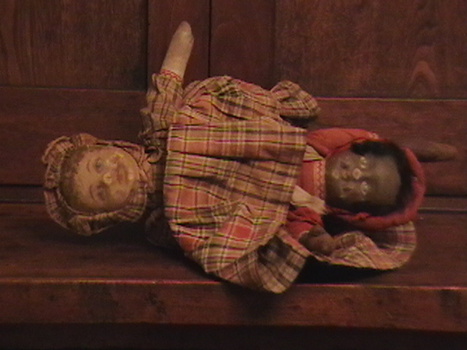 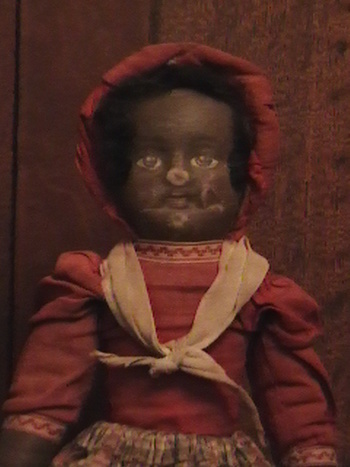 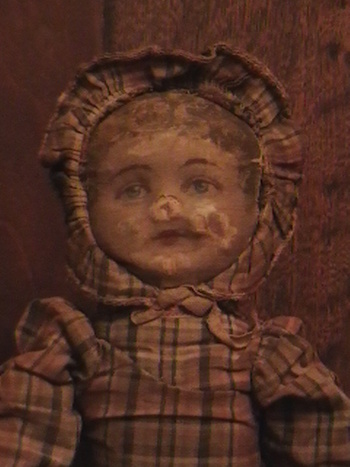 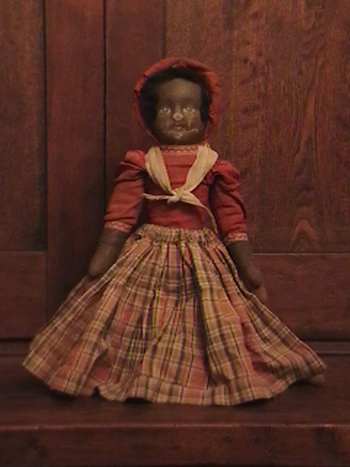 Shown is a very early topsy turvy doll, most likely from the 1870's, possibly earlier. These dolls came with two heads, and were dressed in long, full, skirts. These dolls were usually made of cotton material, and had a reversible skirt made of calico. A head, torso, and set of arms were constructed at each end of the doll. There were no legs.
These dolls originated before the Civil War, and were first made on southern plantations. The earliest ones feature a white doll on one side, and a black one on the other side. One theory for the black/ white dolls is that slave children were not allowed to play with black dolls, and kept the dolls dual identity a secret during public play. 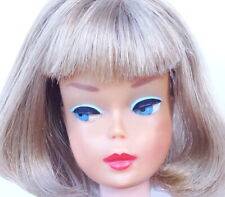 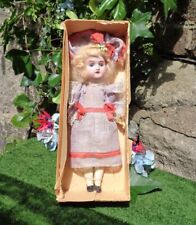 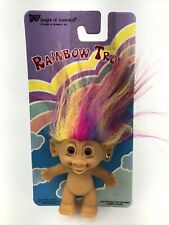