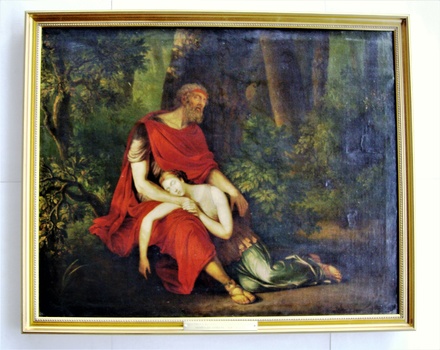 As you remember, from reading - or perhaps watching on stage - Greek playwright Sophocles's tragedy "Oedipus at Colonus", king Oedipus had been predicted by the gods that he'd end his days in Colonus. Obeying the gods he left for Colonus, but since he'd blinded himself in desperation after realizing that he'd killed his father and married his mother, he was accompagnied by his daughter Antigone, who was also his half-sister. In 1797 French playwright Jean-Francois Ducis (1733-1816)'s modern version of the play was performed on stage in Paris. Flemish painter Mattheus Ignatius van Brée (1773-1839) was in Paris 1796-1797 before leaving for Italy and has most probably watched the play on stage and that inspired him to paint Oedipus and Antigone resting in the wilderness before reaching Colonus. Painting from my collection. Oil on canvas. 81 cm x 101 cm. 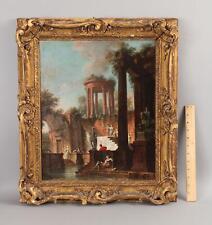 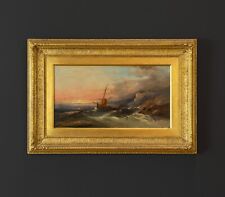