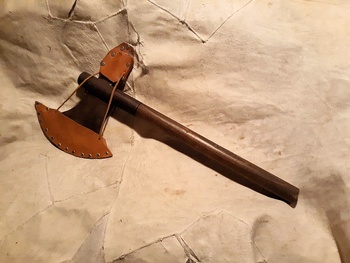 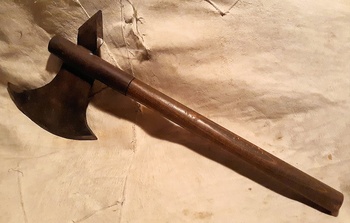 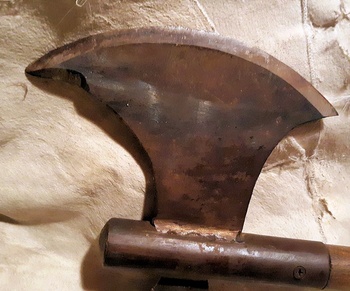 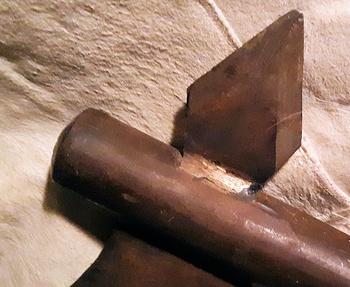 Bought this back in the 1980s when I was in my ren faire phase. It is a bit crude looking but seems to be sturdy and dangerous and a bit rusty. Rusty is actually not all that bad as the stainless steel pieces are not as sharp, or strong and tend to be more decorative than useful.
At 3 1/2 pounds this may not seem heavy but if you try swinging it a few times it will. The current more accurate ones weigh in at a pound or two. Please note if one is using an axe as a weapon a shield will be needed as this is not a defensive weapon for parrying a blow.
It would be interesting to put this to the test in the History Channel Forged in Iron test. Sadly I have no pig carcasses or ballistic gel dummies to test it on. I would not test it on concrete blocks, sometimes they test weapons against surfaces where the weapon wound not be used.
Modern and more accurate versions of this ancient weapon have it with a smaller axe head and thinner back spike which makes sense. The main axe head on this has a cutting surface twice as large as it needs to be and the back spike needs to be more like a spike. It was the early days making replica weapons but it still looks need.