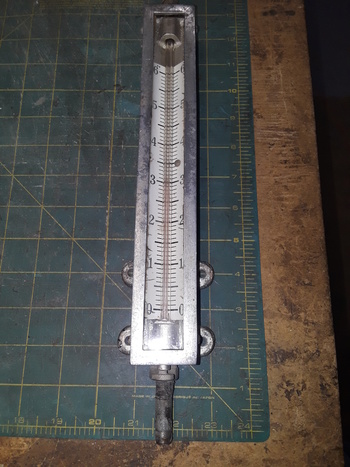 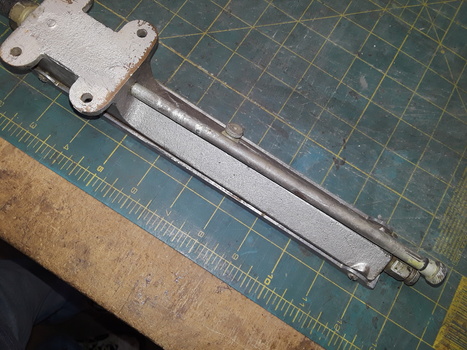 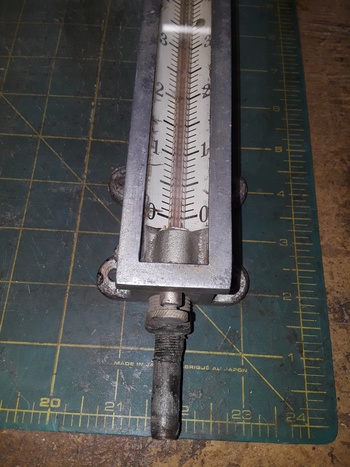 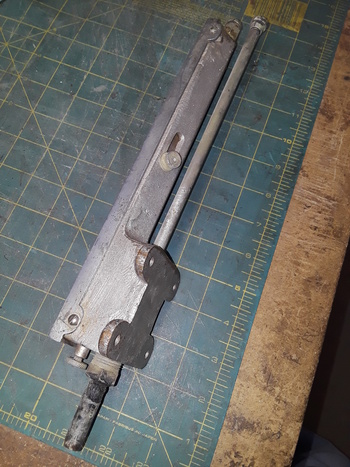 Here's another odd thing from my drawersful-o-crap at the shop. :-) This is what's called a "manometer", essentially a gauge intended to measure *slightly* pressurized air. By "slightly" I mean on the order of the pressure that human lungs (or HVAC blowers, or pipe organs) can easily generate -- NOTHING nearly approaching the level of actual PSI from an air compressor. It indicates the pressure according to a scale of "inches, water column" instead, this particular example up to 6".

Imagine if you will, a long but slender glass U-shaped tube with a little red water in its bend at the bottom...then blowing the desired pressure into either end of the top of that. Put a ruler alongside it and measure how far the water moved up on the other side of the tube from where it was level (at rest) -- now you've got "inches, water column". :-) :-) :-) Also imagine how relatively easy it'd also be to blow on it just a little harder (for a moment anyway, like when one starts to inflate a balloon) and turn that little bit of water in the bottom of the tube into a spot on the ceiling instead...?? <lol>

I don't know how old this example is nor what it was originally made to do, though I'd suspect it was once attached to some kind of industrial machinery that isn't otherwise a pipe organ. [but it just so happens we *do* routinely need to precisely measure such low pressures, so it's logical enough that the thing would have ended up at the shop, no matter where it first came from?] In use, I believe the slender 'tube' on its backside would get filled with (red colored) water, the 'to be measured' pressure then applied to the nipple at its base which would then force some of the colored water up into the glass tube on its front so it could be measured against the scale behind it. That scale BTW is 'adjustable' up or down an inch or so via the knurled nut on the back, presumably to allow convenient recalibration if necessary.

Its main casting looks like it is probably cast brass (painted) with a cast/ground aluminum frame holding its front glass in place. I've never actually tried to use it, as all its little caps/nuts/etc are sorta frozen in place and I've never wanted to 'torque' any of 'em hard enough to risk breaking something... <nono>

OOPS...just noticed I forgot to add that there are no markings on it anywhere that might actually show who made it, when, or for what... :-(