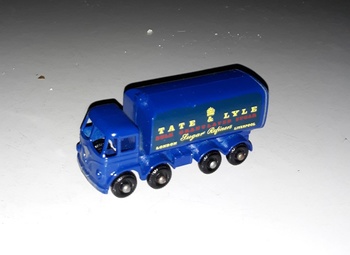 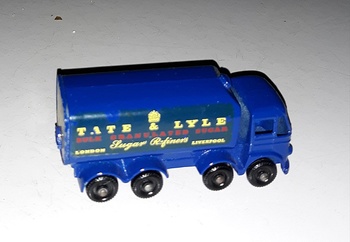 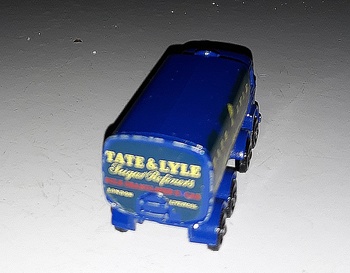 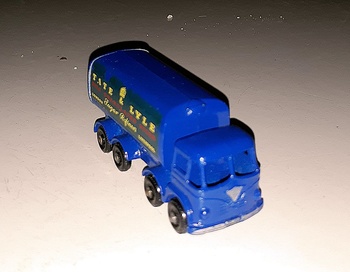 Also known as the Foden 15 Ton Sugar Container which is on the base of the model. That cab will look familiar to those familiar with the much more common Foden Cement Mixers. This model was first released in 1960 and in the catalog through 1965. From 1960-1962 it had grey wheels so this model is from 1963-1965.
As an older model it has no moving parts, interior or glass. But it does have nice decals on three sides. All very nice with great graphics of Tate & Lyle Granulated Sugar. The older Matchbox models don't have the realism, details and moving parts (and they are a bit smaller) of the models from the later 1960s but they have a bit more style and charm.