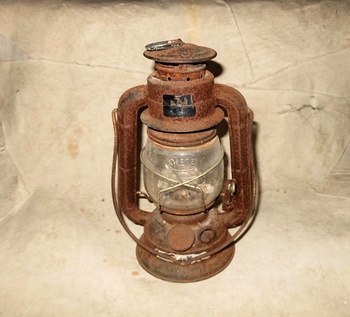 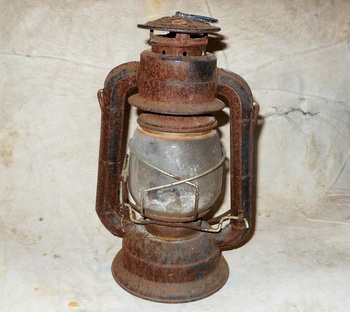 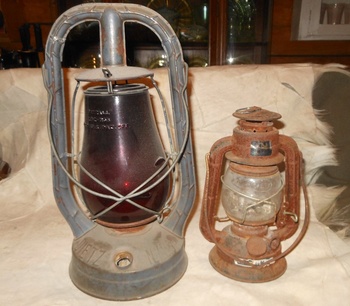 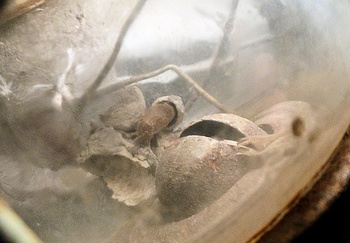 Dietz Lanterns started making lanterns in Hong Kong in 1956 and ended in 1982. The stickers on this lead me to believe it is from a bit later in the period. Knew this going in but liked it and the price so here it is. It will look good hanging outside.
In photo #3 it can be seen that it is half the size of a normal lantern.
I thought there was a rock inside but as I attempted to dump it out it turns out to be an old wasp nest which broke apart a bit. There is still a larvae in there along with some leftover wasps. They probably ran into a can a bug spray.