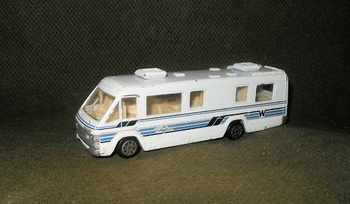 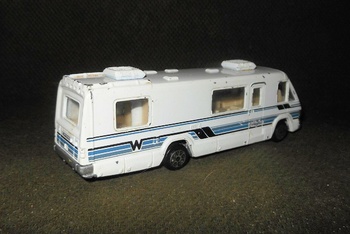 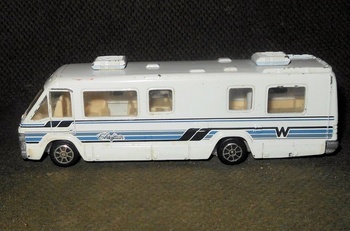 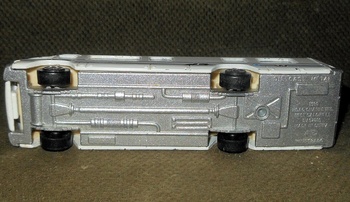 Still yet another RV. Picked this up at the Long Beach (which doesn't have long beach) Antique Flea Market. It is not mint but I seem to have an RV addiction, and normally I prefer pre 1980 RVs but here it is.
This was made by Road Champs and the date is 1990 on the base. It is a Hot Wheels style die cast car with the wire axles for racing action. Don't know anything about this line. It was a few years ahead of itself as higher quality die cast cars became popular by the end of the decade. The nice feature of this model is the detailed interior. As it is only about 4" long it is hard to get good photos of the interior but it is visible in the photos provided.
Tomorrow should be GI Joes in the bathtub again if it goes as planned so stay tuned!