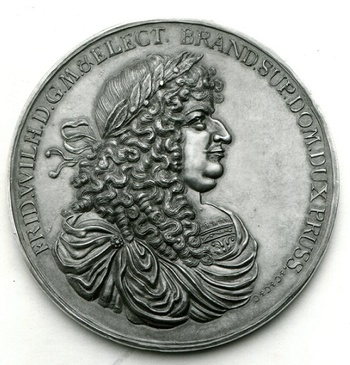 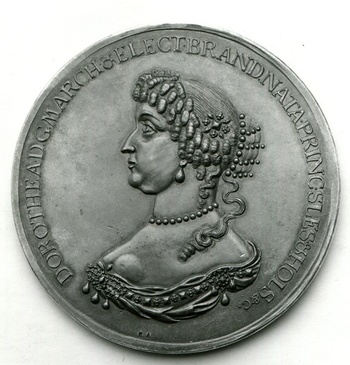 Brandenburg's Great Elector's Marriage Medal
This medal is one of three different medals commemorating Friedrich Wilhelm’s (The Great Elector) second marriage to princess Dorothea of Holstein in 1668. This medal is silver, 85.5 mm in diameter and weighs in at 8.5 ounces. The obverse portrays FW wearing a laurel wreath, wig and Roman style clothing. The legend indicates that his being the Elector of Brandenburg was more important than being the Duke of Prussia. The reverse portrays Dorothea with a legend listing her titles. The medal is not dated but is listed as the work of medailleur Gfr. Leygebe.

What makes things even more interesting is that the book describes these medals as the “so called counterfeit medals” even though the medals are otherwise described in positive terms as part of the Electoral collection. To my way of thinking before a counterfeit copy can be made there must be an original genuine medal for the counterfeiter to copy. As far as I know there are no known genuine medals of these types and the so called counterfeits are the versions in the Electoral Brandenburg collection. After a lot of thought I have concluded that the term “counterfeit” was miss-used and that these medals were actually unauthorized private issues but still good enough to be included in the royal collection. 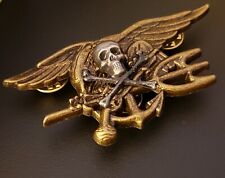