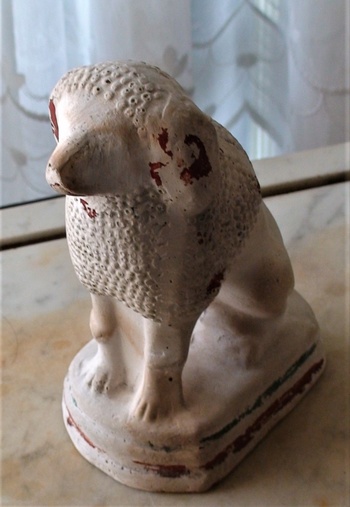 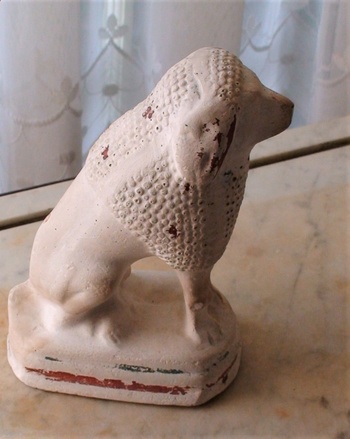 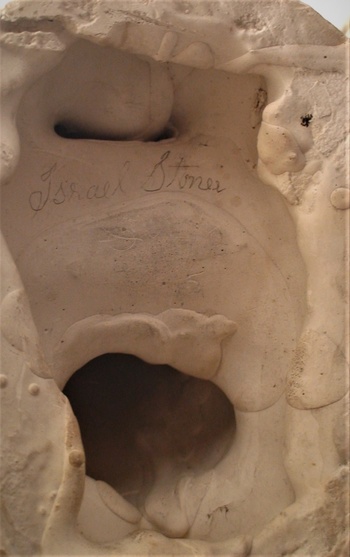 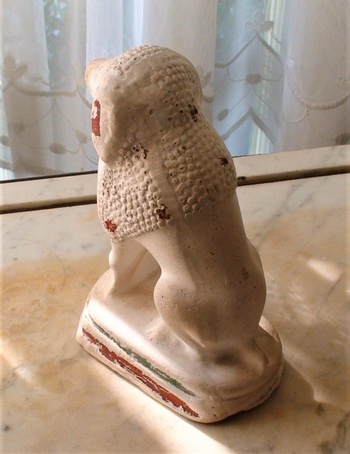 This came from Ephrata, Lancaster County, Pennsylvania. It belonged to a boy named, Israel Stoner (1848-1937). As an adult he became a farmer in Lancaster County. Found the following on the internet regarding the auction of which this dog was one of the items:
6 1/2” chalkware dog, sitting position, some red and green paint, crack in nose, marked Israel Stoner (1848-1937) on inside, originated in Ephrata area. Michael’s Antiques, Lexington, PA. Lititz Indoor Antique Show, July 3, 1972. Israel was my great grandfather John M. Stoner’s eldest brother. David Musselman said that his mother Ada, bought it at Israel’s sale and wrote his name on it.

From the internet:
Chalkware figures were popular in the US from the mid-18th century to about 1900. They were hollow, slip-molded figures made in plaster of Paris and hand-painted in oils or watercolors. Because of their composition, they could not be glazed. Pennsylvania chalkware was peddled door-to-door in its white, unfinished state. The owners would then add their own paint decoration -- giving each piece its own primitive, naive character.

This is similar to the dog bank I had posted previously. From Horst Auction