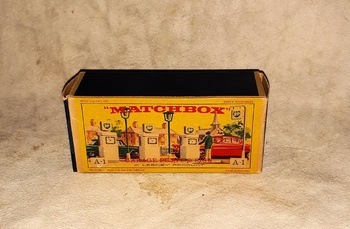 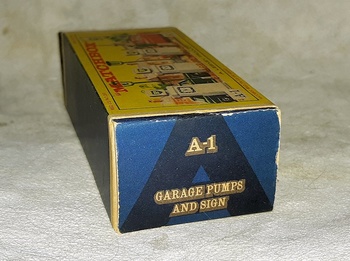 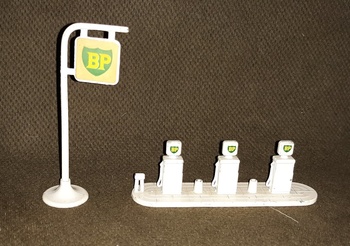 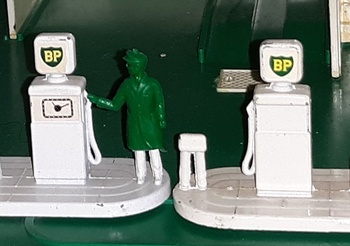 Bought this for the box as I already had the gas pumps and sign. It is a nice box with excellent art work.
It is part of the Accessory Pack series which had a short life. This was the last of the series as the others were discontinued after 1963.
The set goes with the service station seen in the background in photo #4.
Now I thought I had this set but there is a small variation. And a small variation is all a Matchbox collector needs. The original has an attendant while this version does not. See photo #4. One may think it is attendant with the body broken off. Not sure what it is supposed to be but it looks like they updated the set a bit although this was still before the days of self serve.
This is a type E box which narrows it down to 1964-1967. Not quite sure when the attendant was removed. Am thinking it was in the later part of the series.