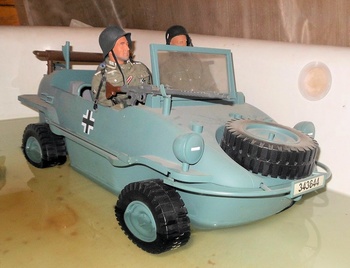 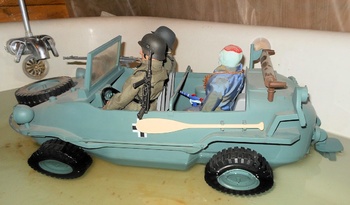 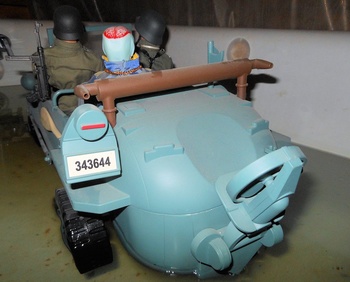 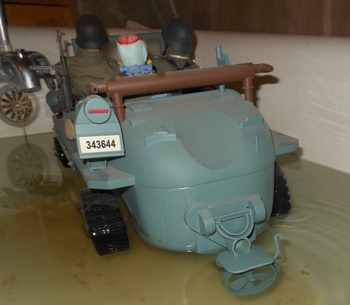 I fear 21st Century Toys didn't make it far into the 21st century as they went out of business around 2000. But they pioneered the early high quality vehicle uniforms and vehicles in 1/6th scale. I and many other preffered their material over the Hasbro and Dragon material. Hasbro was lower quality and Dragon was too pricey but I fear they over extended themselves with the Ultimate Soldier line. Anyway this was one of their early vehicles. The plastic on this is a bit softer than that used on their later vehicles but it does float well. It has been in the tub for 2 days now.
The front passenger has an MG-34 machine gun, always a handy accessory. The guy with the exposed brain is Dr Evil part of the Captain Action line and I just have him there because it seems to work.
Photo #3 has the propeller up. They do have a pair of oars although rowing a car could be an issue. In phot #4 the prop is down and ready to journey across the bath tub.
PS this is a VW Beetle WWII aquatic version.