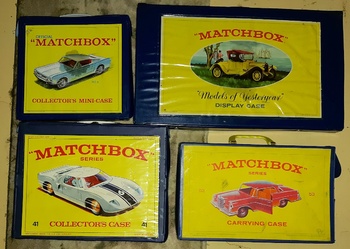 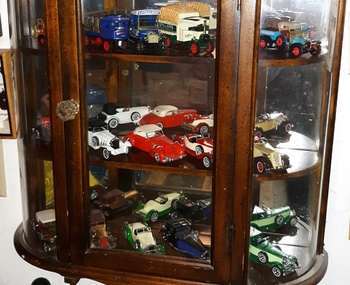 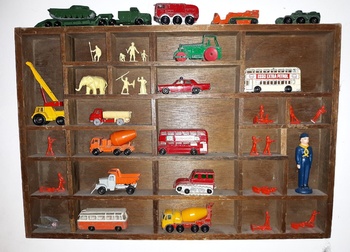 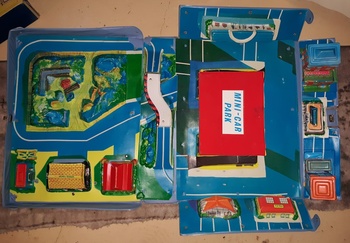 Well this is most of the rest of my collection. There is a 72 car carrying case missing, and some other cases mixed with Hot Wheels and a Matchbox Roadway set and well I will need to do a part 3.
Photo #1 are all carrying cases from the 1960s. The oldest is on the bottom right with cardboard instead of plastic to hold the cars.
Next are the post 1970 Models of Yesteryear in their fancy display case. Sometimes the older models are in there. I think I prefer these 1930 era cars over the earlier brass age vehicles.
Photo #3 is a print tray with various Matchbox and some Airfix figures, I could fill a few more of these trays.
Last up is Matchbox City although the unlicensed one made by Ideal. I deal made Matchbox City for Lesney/Matchbox and when Matchbox no longer wanted Matchbox City I deal just released it under a different name.
Got four new items to post plus some other stuff laying around the house so no need to panic just in case anyone was worried that I would run out of stuff.