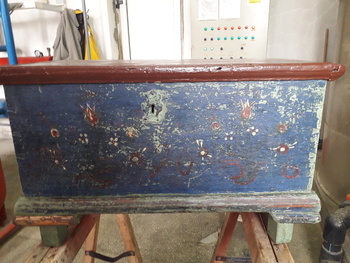 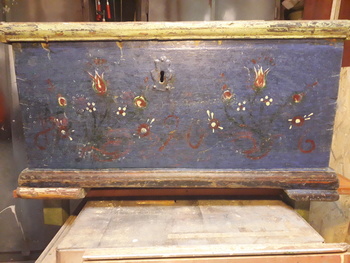 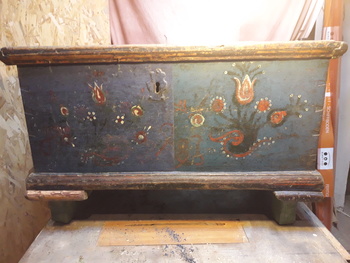 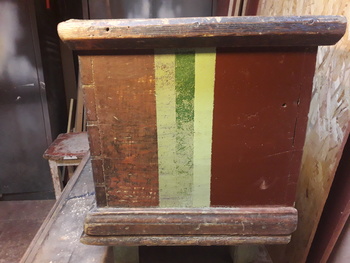 I worked in Transylvania in the winter, a man there wanted to create a open air museum. I cleaned this box for him. You can see in the last picture that I had to remove four coats of paint. The owner asked me to leave some of the repainting on one side to see how much work such a cleanup had done. when she got married, her grandmother's box, which had died in the meantime, was repainted and received. I agreed with the owner that I keep one side for later painting, the other side to clean the repaint and show the original. After cleaning it, I saw that it was made in 1885 and has another painting from the 1860s underneath. It is extremely rare for a family to inherit the bride's box as long as the owner lives there, as long as the owner keeps on guarding. It must have been because of the extreme and persistent poverty of the family.