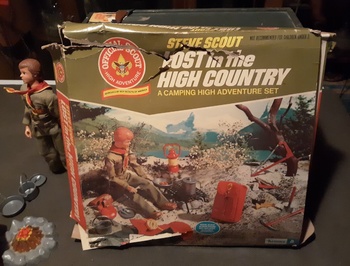 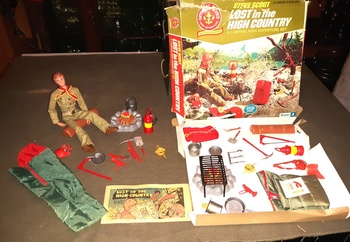 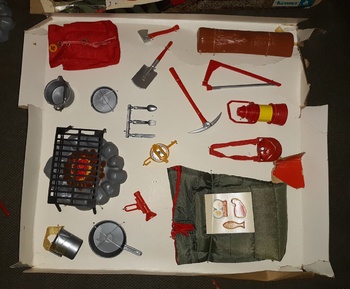 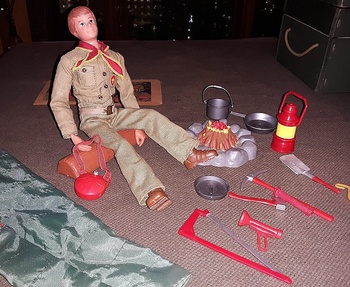 Got this along with the Avalanche on Blizzard Ridge set. It is an unused Steve Scout Lost in the High Country set from 1974. Steve Scout was only sold from 1974-1975. These were made by Kenner which has since been absorbed by Hasbro.
This is a set which came with many essentials for Steve Scout such as the backpack, canteen, sleeping bag and many other pieces. There is a campfire, cooking utensils and my favorite piece a log. Logs come in handy for any action figure.
The best feature of this set is that it is still tied to the original backing card. The set is fairly common but only so many are still attached to the card. The box is rough but I can live with that.
Still plenty of Steve Scout items to post, just getting started on this series.