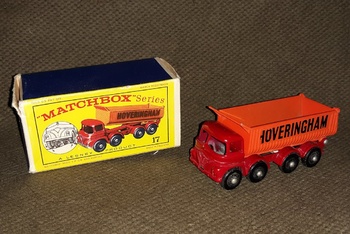 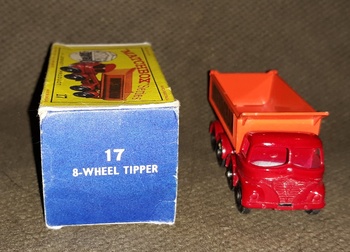 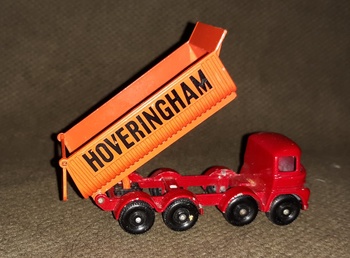 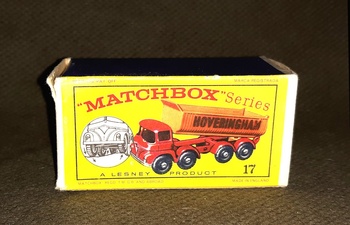 OK it is actually a Foden and not a Mack but it sounded good. Also note it is often called the Hoveringham Tipper but that would be the company that owned the tipper and not the company that made it.
Now let's get into the exciting box section. It is a D style box with E style lettering. As this model was introduced in 1964 with a proper D style box my guess is 1965 as the D style boxes were gone by 1966. The model was released in 1964-1968. There is more emphasis on the box for this post as the boxes are much rarer than the models, especially this box.
It was a popular model and the bed stays up without hand support. And it had a nig bed so you can put sand it in or something and have it actually dump a load.
Got an exciting taxidermy Tuesday coming next.