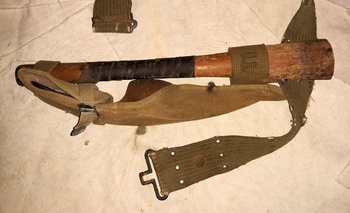 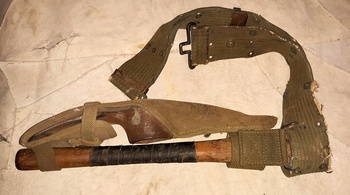 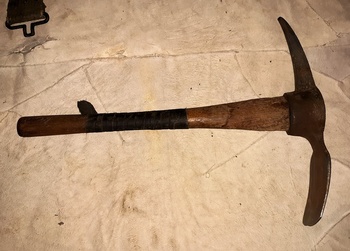 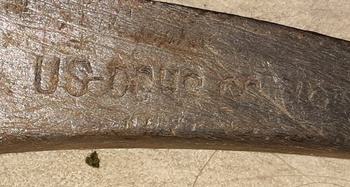 This was a my big find at the Rose Bowl and it was only $10 or $15. It is a WWII US Army pick/mattock or something like that. It came complete with the canvas carrier. Getting either the pick or carrier would normally cost more than $15.
Unfortunately the markings are a bit worn. I have not been able to figure out the manufacturer. It isn't plumb I know that. Looks like DCHS Co. and 19xx.
This is something I haven't seen before that I recall. Not as glamorous as knife or bayonet but it served a purpose in WWII. Most of the knives and bayonets opened cans and other mundane tasks anyway. Probably used by engineers. This would be a very heavy piece for an infantry soldier to carry around.
Anyway a nice piece of militaria to add to my collection.