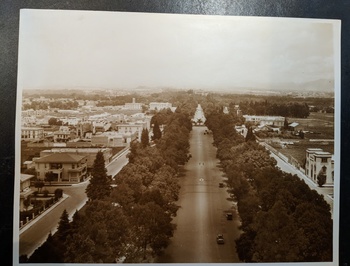 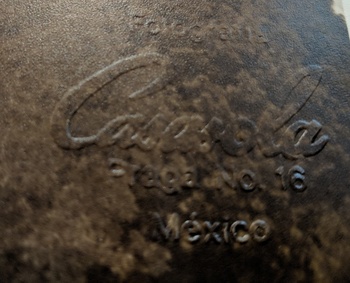 Today I picked up two framed photographs - selected for the frames not the photos which at first glance I assumed were nothing special. When I examined more closely I realized they were not simply xerox copies or something similar but were instead rather fine, even to the extent that they have an embossed stamp. I did a bit of on-line research but didn't learn much. Based on both the embossed stamp as well as an ink stamp on the back and on the cardboard backing the photos are from the Bazar de Fotografia CASASOLA in Mexico. I gather this is the company set up in the 1970s to curate the archives of photos by the famous Mexican photographer Casasola who created an extensive record of Mexican history in the early part of the 20th century. I suspect the photos I bought were printed/sold by this Bazar but have no idea as to the method used. Thought possibly a viewer might be able to add to my knowledge; also, have been unable to identify the subject of my photos - appear to be a large boulevard. Welcome any/all comments or suggestions. Thanks