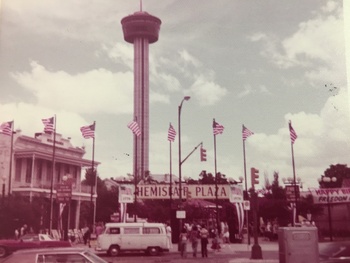 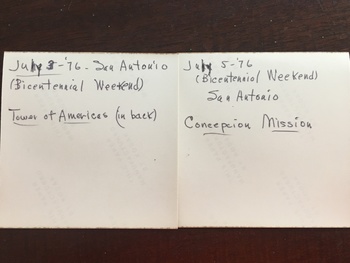 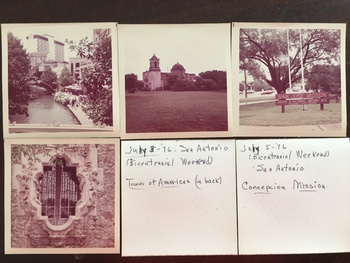 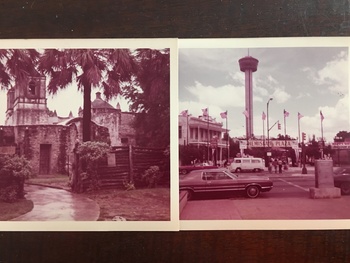 These were discarded photos of a July 4th 1976 trip to HemisFair Plaza San Antonio Texas that I recovered from a garage floor.
The VW bus was right on time and I wonder if Forrest Gump and Jenny were standing on the other side of it.
"River Walk"
"Concepcion Mission"
"San Jose Mission"
"Tower Of The Americas"
"Rosa's Window- One of the finest pieces of Spanish ornamental sculpture in our country" (as written on the reverse)

HemisFair '68 was the official 1968 World's Fair (or International Exposition) held in San Antonio, Texas, from April 6 through October 6, 1968. The theme of the fair was "The Confluence of Civilizations in the Americas", celebrating the many nations which settled the region. The fair was held in 1968 to coincide with the 250th anniversary of the founding of San Antonio in 1718. More than thirty nations and fifteen corporations hosted pavilions at the fair.