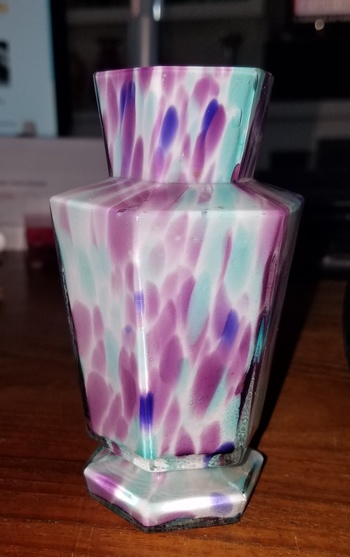 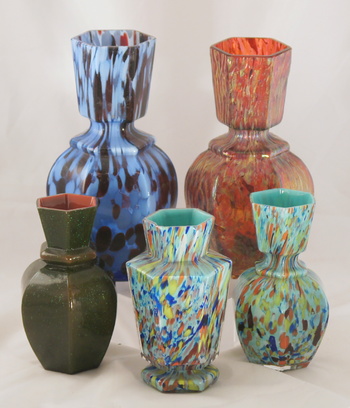 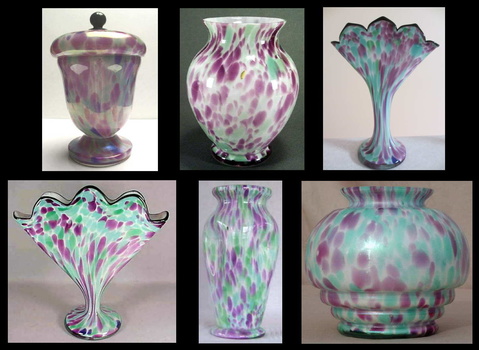 This diminutive example is my latest acquisition from Welz. This small vase stands at approx 4.5 inches tall and is from a family of small geometric forms seen from Welz. I have to admit that this group of shapes are among my favorites produced by Welz.

Seen in a variety of Welz décors, the décors help to make these small pieces really "pop". The vase has no pontil mark, but does have remnants of a "Made In Czechoslovakia" acid stamp that is commonly seen on some Welz production. The stamp also dates the production to post WWI.

The first image is the example, which I was fortunate enough to purchase as a result of a friend from down under sending me a link.

The third image shows some other examples of Welz production in the same decor. It is worth noting that this décor is also seen with some green included in the colors also. This Hex example has no green, but does have more violet dark violet in it than many of them do.