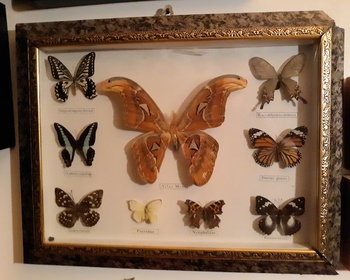 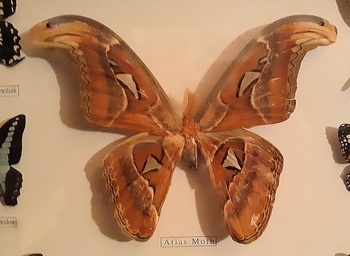 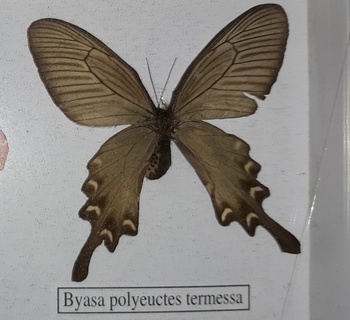 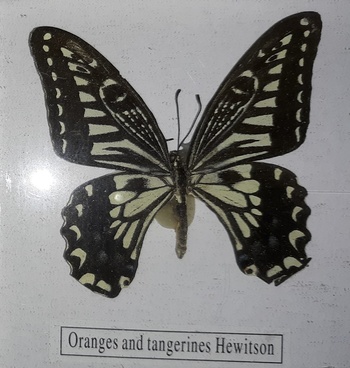 Got a wall full of these things so might as well get to it. This is the centerpiece of the collection featuring the Atlas Moth. This one as mounted has wingspan of about 8". The wings though should be mounted more like a bird instead of like a butterfly so the wingspan is actually closer to 10" or 11".
Speaking of butterflies there are 8 of them mounted with the moth. I would tell you the scientific names but unless I read them off the backing I don't know them and I don't think anyone really wants to know anyway. The main thing is they look neat. Took up close up pictures of the two most interesting ones.
It could use a new frame but this beat up old one has character. It's a bit worse than it looks but all the repairs are on the back luckily.
Coming up next is a mini-plane!