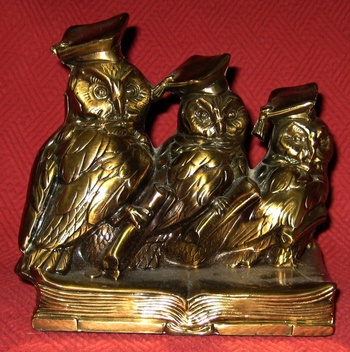 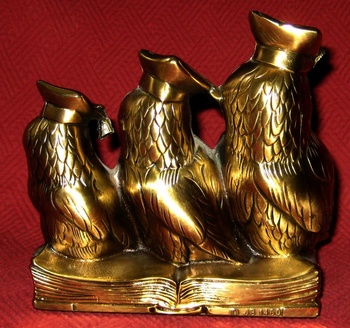 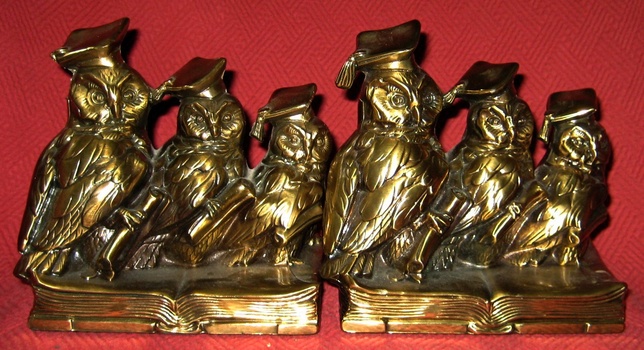 Hello everyone!!
This is the last of my bookend collection. These are brass and were produced by Jennings Brothers. They were titled "Student Owls" or "Scholarly Owls". I've seen them referred to under both names. They are cataloged and numbered as "JB 1460". They were first produced in 1928. However, these were more than likely produced in the late 1940's or early 1950's. Jennings Brothers were in business from 1890 thru the early 1950's at which point they sold their molds to PM Craftsman (Philadelphia Manufacturing) who continued making these using slush metal molds. The PM Craftsman sets were still numbered JB 1460, but, had the PM Craftsman logo on the bottoms. These do not have the PM Craftsman label. These measure 5 1/2" tall and 6" wide.

Thanks for stopping in for a look!!!