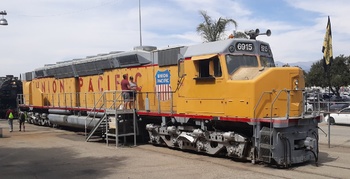 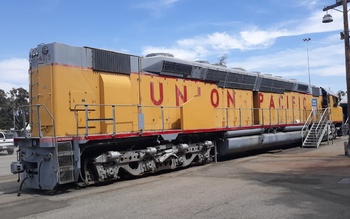 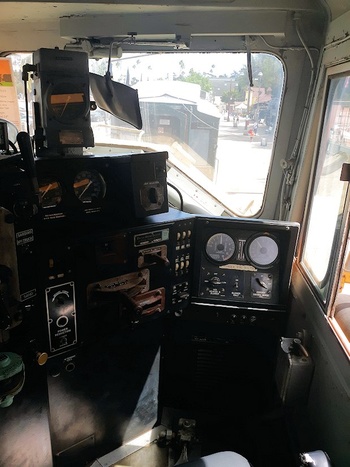 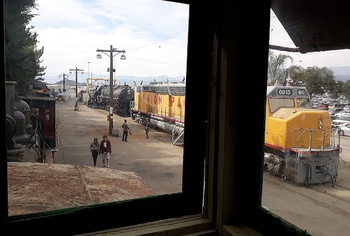 OK covered everything in the title section again. Oh it was made in 1969 for the 100th anniversary of the Golden Spike Ceremony which joined the east and west of the United States. 47 were made and 14 still exist.
But might as well add some specifics and they are some big ones.
Weight is over 545,000 pounds.
Horsepower is 6,600. That is a lot.
Top speed is 90 mph. Don't even think about trying to beat it to the crossing gate.
OK a bit more stuff. Diesel locomotives are actually diesel electrics. Diesel engines generate electricity that power the wheels. This is how they all work not sure why but they do. Also EMD is the Electro-Motive Division of General Motors.
I may or may not post some more of the Garden Railway tonight.
Last photo was taken from a caboose copula.