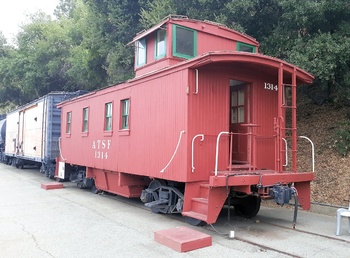 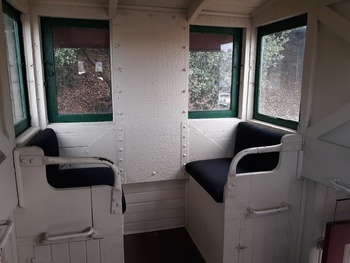 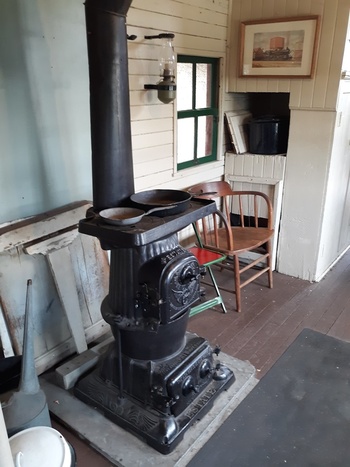 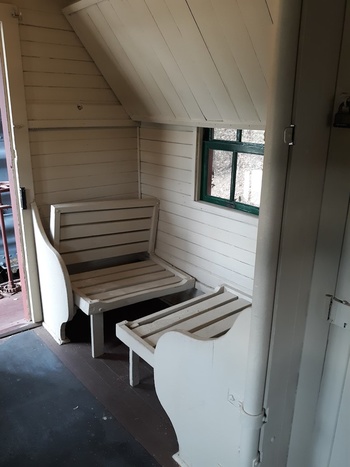 A caboose would make a great tiny house. All this one needs is a shower and it has all the comforts of home plus a copula. The cupola is the area on top where the crew observes the train. Thus this is called a copula caboose. This one is made out of a boxcar and converted into a caboose in 1923. Not sure when it was made originally. It is a wooden car which are quite solid and stays cool in hoit weather and warm in cold weather. But they do tend to splinter in a crash and I think the steel body ones were cheaper to make so most cabooses one sees are steel body. One also almost sees them at museums.
As I did not mention this earlier it was quarters for the crew. An engineer and fireman could only work so long, plus there were other crewmen in the long ago.
Aside from the indie of the copula (later versions had nice swivel seats) there is the stove and some seating pictured. There is a bunk above the seats which is tilted up. There is also a desk for the conductor and sink and so on.
W@rapping it up tomorrow with a 4-10-2 locomotive.