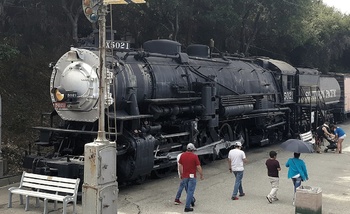 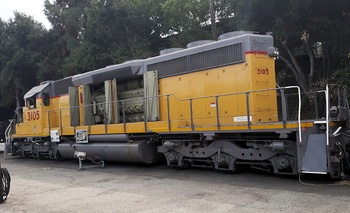 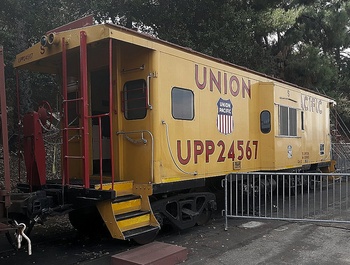 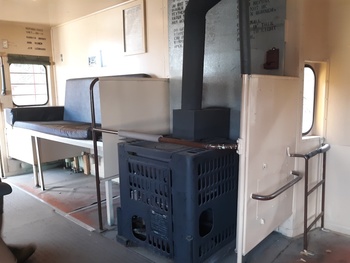 Starting off with the only remaining example of a 4-10-2 Southern Pacific type locomotive. At 737,700 lbs aka 369 tons it is a rather large locomotive. It was built in 1926. This one also tended to straighten out curved track..
Next is Union Pacific SD40-2C No. 3105. This one was built in 1979 so it is much newer than the other locomotives. They trades the Big Boy for this and a caboose. Should have held out for way more. At least this locomotive works.
Next is the bay window caboose. This was built in 1967, may have gone to Woodstock but probably not. That stove looks like a wood burner but got a feeling it is gas. Looks good though. 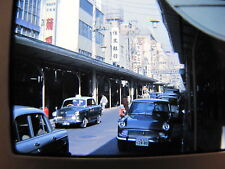