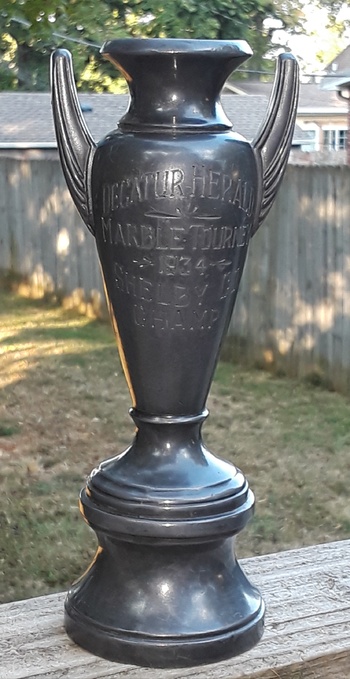 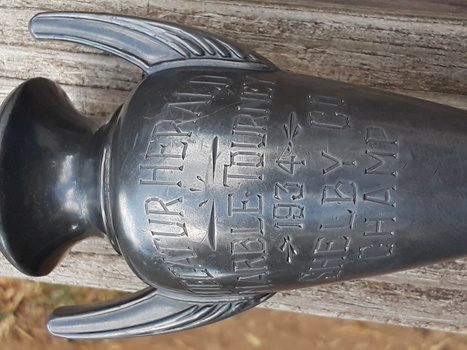 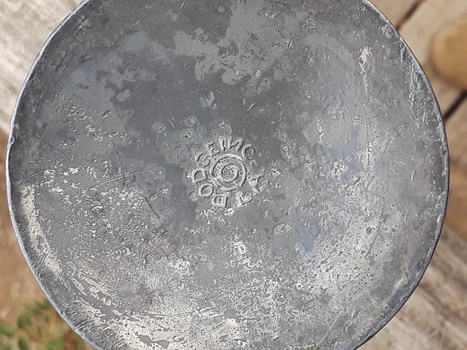 It's been awhile since posting here! Somewhat dry spell for good stuff but last weekend was Killer! Wife and I scored some really good material! More cool posts to follow but will start with this trophy for the winner of the 1934 Decatur Herald Marble Tourney in Shelby Co. Trophies for these tourneys are extremely hard to come by! Occasionally a tourney medal will turn up(have three) but a trophy is, dare I say, rare. Pretty sure this "trophy" is made of pewter, eight inches tall and weighs a bit over two lbs. Maker of this trophy, Dodge, Inc. was started by an Olympian in Chicago and later moved to L.A.. Company is well known for quality trophies including Oscars & Emmys!