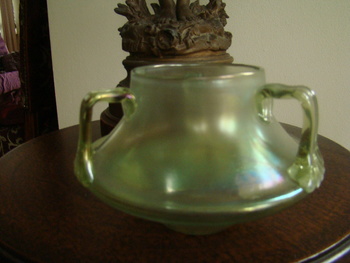 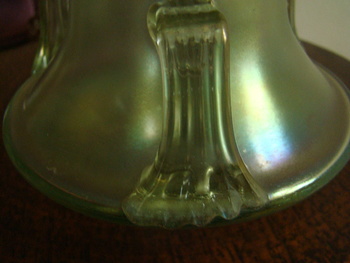 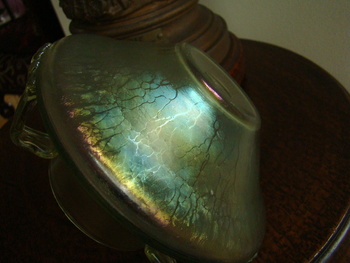 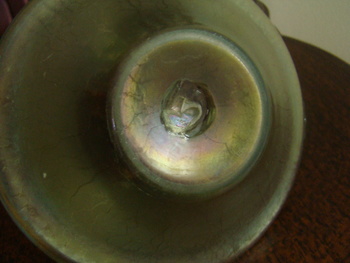 The vase was put on an auction as a Polish vase.It's partly true as nowadays Szklarska Poreba(Schreiberhau) is in Poland and not everybody knows it was Czech and German,called Bohemian for our convenience,in those ddays.The history of Josephinnenhutte is complicated because of historical conditions and social and business connections between founders,owners ,designers etc.
Anyway,I was lucky enough to bid it immediately after it had been put and have it for very reasonable money.
As I researched this is an early production of Josephinnenhutte from 1881-1900.The Gold Cypern irisation isn't put equally on both top and bottom parts of the vase.I haven't hold in my hand any other Cypern so I don't know if this is intentional or a quality defect.I also don't know if the pontil is typical.The vase isn't signed with FH letters.
In comments I put a link to the one page of the Schaffgotch family's history where the vase is presented.