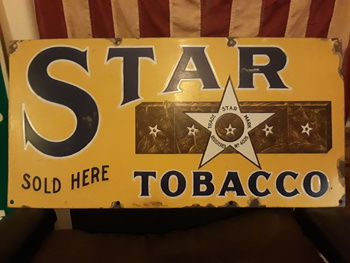 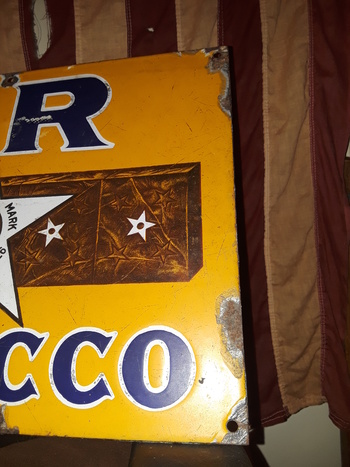 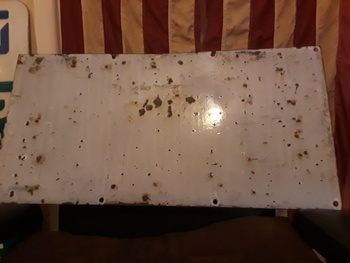 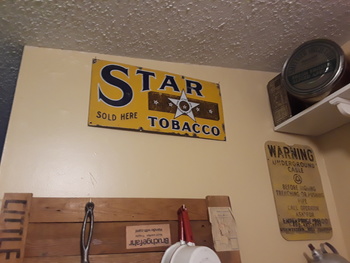 Technically not mine yet, just newly "requisitioned" today from a very gracious friend's garage, now on its way to more proper display on a wall somewhere in my house instead. ;-) :-) Only time will ultimately tell how long it ends up residing here...? (but I won't be in any hurry for it to depart again? <lol>)

There are already several other similar signs posted here, this is just one more example for the Show & Tell archives. Measuring 1' x 2', it is made of rather heavy steel with porcelain enamel finish on both sides, now showing relatively minor damage at a few spots mostly around its edges. The others who've already shown theirs mostly attribute a 1920's-30's age range to it, also like those there are no maker's marks on it to narrow its origin any further. I don't have any reason to think it is any more or less "original" than anybody else's. :-) :-) :-)