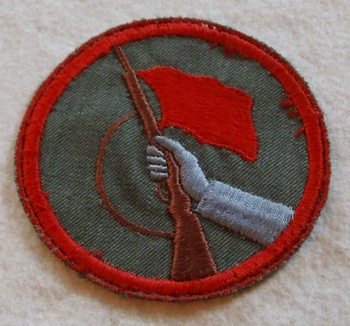 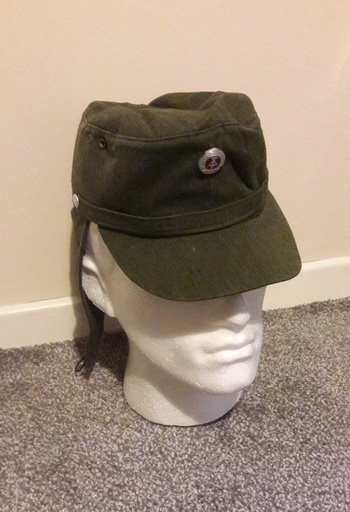 In this post you see a uniform patch for the East German Kda, and a Kda cap.

The Combat Groups of the Working Class (KdA) was a civil reserve force tied to the DDR's Ministry of the Interior and the Volkspolizei, reaching 211,000 personnel at its peak in 1980.

Initially, the official task of the KdA was to fight against saboteurs, class enemies, and other "enemies of socialism" within the DDR, especially as armed protection for valuable factories. The KdA was intended to mirror the People's Militias of the Communist Party of Czechoslovakia. The ethos of the worker being the centre of power in the new socialist state meant membership was mainly drawn from workers from state enterprises. The largest use of the KdA occurred during the construction of the Berlin Wall, when over 8,000 personnel consisting of the best-trained and most-politically reliable KdA units participated in the construction and guarding of the Berlin Wall in the summer and autumn of 1961.