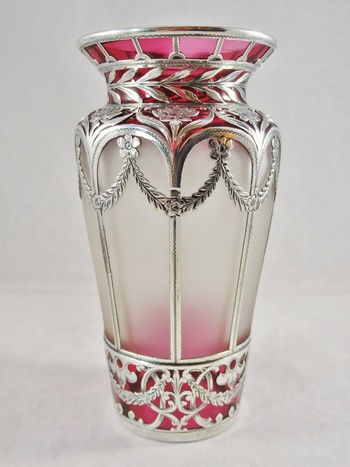 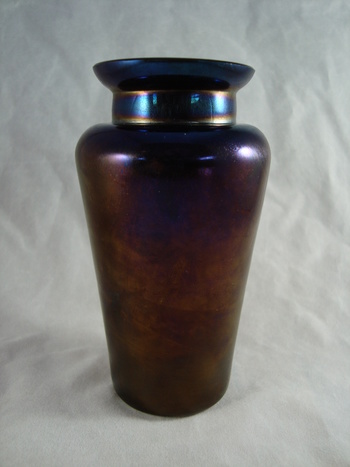 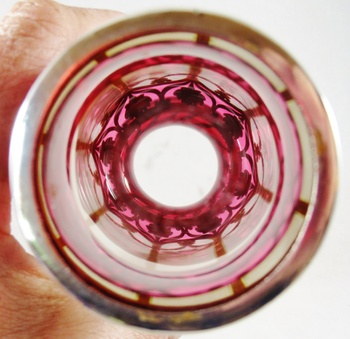 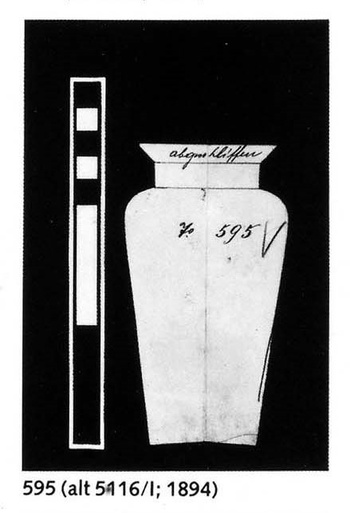 I have been sleuthing around for Eugen Marcus silver overlay glass. He apparently used Loetz blanks fairly often. My latest is an example of a Loetz vase for which the pattern is missing. I had (I think jimtim bought it) a rubin vase in PN II-595, a later analog ca. 1900.

Eugen Marcus was a skilled silversmith who served as the Hofjuwelier to the Kaiser. So far, I have found his silver overlay vases between 1885 and 1895. In Ricke's reference book, the PN II-595 pattern shows an earlier version (which apparently came in multiple sizes) dated to 1894. This perfectly fits my expectations that this is a Eugen Marcus commissioned vase.

This vase is 5" tall x 2.5" dia. It is red cut to clear, then the clear is acid treated. You can find the seams where the red and clear meet. The vase has a polished pontil and a flat-ground base. The silver is heavy, detailed with very precise cleaned edges.