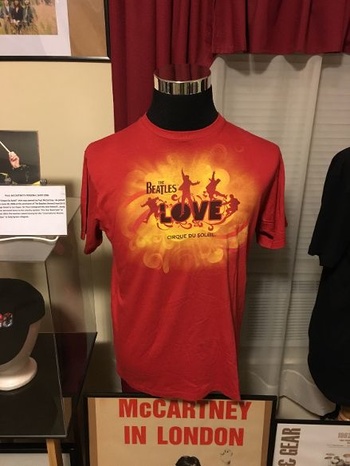 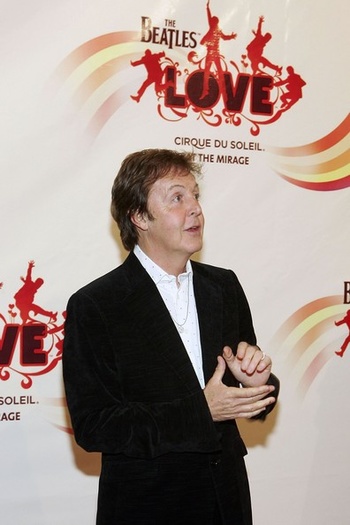 This red Cirque Du Soleil Beatles "LOVE" shirt was owned by Paul McCartney. He picked this up on June 30, 2006 at the shows premiere in Las Vegas at the Mirage Hotel. McCartney attended the show with fellow Beatle, Ringo Starr...Yoko Ono and Olivia Harrison. Sir Paul consigned this shirt himself...along with other personal items to the charity auction, "The Star Boot Sale" in December 2015. The auction raised money for the "International Rescue Committee" to help Syrian refugees. McCartney's items brought in $16,728 US